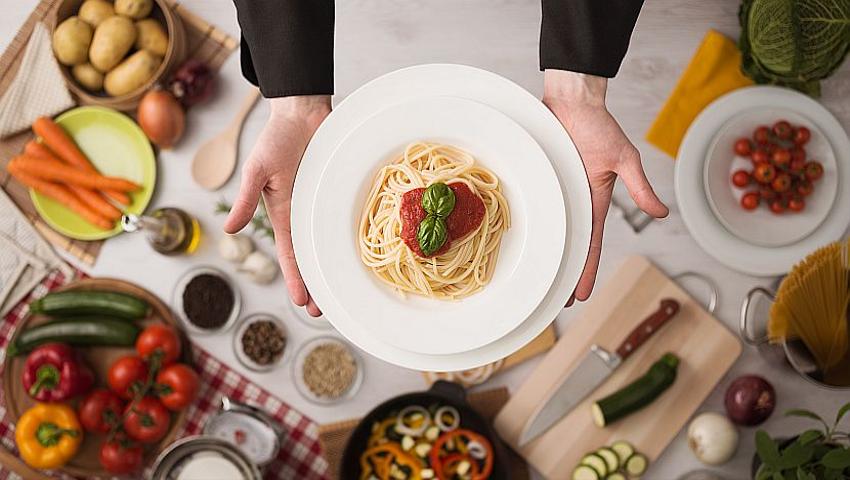 Since its conception in 1994, Word Vegan Day has been a widely celebrated event in the animal calendar. The concept for the day was established by musician, writer and animal advocate, Louise Wallis – and we have much to thank her for, as the holiday has massively increased in popularity over the last two decades. Just 10 years ago, in fact, there was an estimated 150,000 vegans in the UK…while today, there are 542,000 people living with a meat-and-dairy-free lifestyle, with numbers ever on the up.

An impressive 21.9% of the world’s population is already vegetarian, but many individuals opt to try out veganism each time this holiday rolls around – including those with a meat-filled diet. And with veganism being the flavour of the year already, it’s anticipated that World Vegan Day will see a record conversion of people opting to be, and choosing to stay, cruelty-free. But while the vegan diet might not be for everybody, there are many ways in which we can all educate ourselves on the choices we make towards sustainability and kindness in relation to our animal friends. Join us as we aim to squash the misconceptions towards veganism and, instead, celebrate the wonderful ways in which this lifestyle can benefit us all!

So, first things first: many people are still fixated on the belief that veganism equates to weakness. ‘Where do you get your protein from?!’ ‘How do you get enough calcium?’ ‘My anaemia means I can’t go vegan, sorry.’ These are just a few of the quotes I’ve noticed flying around in forums, cafes and daily conversations regarding veganism. And I’m here to tell you: there is no reason to worry about the negative impact veganism will have on your wellbeing. Trust me. Before I provide you with examples of folk doing just fine with their vegan lifestyles, it’s important that we all understand that healthy diets are balanced diets. That means eating in moderation and fulfilling all areas of the dietary chart – whether you choose to do this by eating meat and drinking milk, versus seeking viable alternatives, is absolutely your prerogative. But recognise that instantly slamming vegans as ‘unhealthy’, ‘malnourished’ or whatever else, is incredibly lazy and maybe it’s time we all look at the balance of our daily intake. Slabs and slabs of meat occupying your plate, versus a solitary pot of carrot sticks for dinner, do not constitute good health either way. Got it? Okay, so let’s move on! 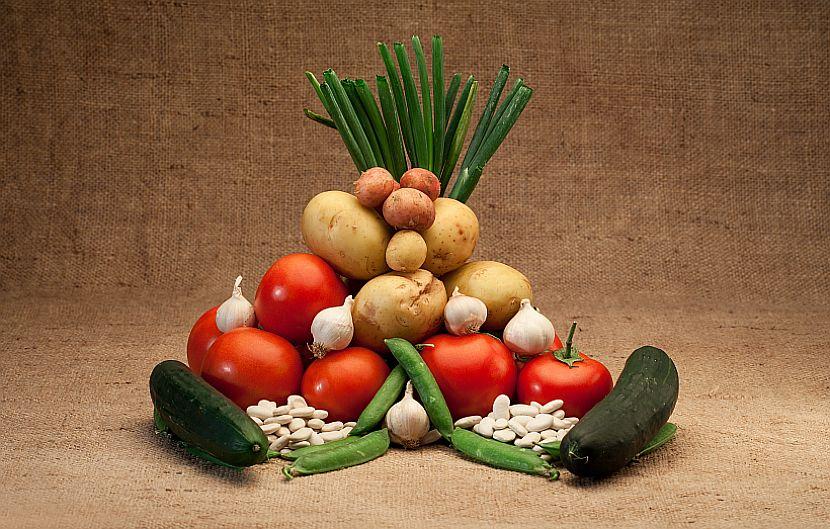 The bottom half of the food pyramid is pretty universal - we’re talking grains, fruit and vegetables here - so it’s more or less the top half of the grid which causes concern for those considering veganism. (Or, often, invokes unwarranted ridicule from those that simply don’t want to understand how dietary requirements work.) Many of us might remember being in primary school, and our teachers putting before us the aforementioned food pyramid – but who can remember how they were marked? Because, in my memory, I’m pretty sure that ‘milk, yoghurt and cheese’ made up one group; ‘meat, poultry and fish’ another; and ‘fats, oils and sweets’ occupying the top point of the pyramid. We may well have all had different experiences in school, but little me cast an unimpressed glance over this chart: surely there’s got to be more to our diets than this? And again, it could well be the lazy labeling of such fundamental charts that has caused such an uphill battle for the vegan cause, and our ability/willingness to understand. So let me help you out.

Instead of milk, yoghurt and cheese: there are a multitude of alternative options to provide the calcium found in this part of the pyramid. Soya milk, tofu and pulses make up but a few alternates, and there’s plenty of other ways in which we all get calcium anyway - think oranges, nuts and seeds, and vegetables such as broccoli!

Instead of meat, poultry and fish: Okay, so let me just start by saying that if it’s the flavour of a Sunday roast you think you’ll miss, or a greasy bacon sandwich in the morning, fear not – there are so many vegan copycats out there to choose from! But when it comes to what meat typically stands for on the food pyramid, it’s safe to assume that it represents protein. And man, there’s so many ways to get protein without eating meat…and it’s often in food that we all eat anyway, that proteins are found in abundance. Spinach, for example, has 7 grams of protein per cup; an avocado provides 10g of protein; one cup of kidney beans will give you 13g of protein; and one cup of soybeans contains a whopping 26g of protein…tell me again how vegans are malnourished?! 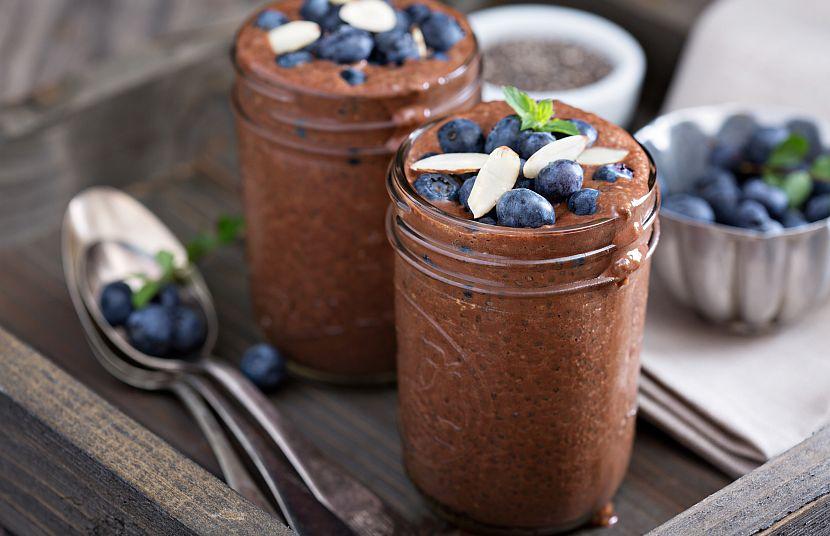 For your fats, oils and sweets: As above, our friend the avocado offers a delicious and easy way to get your daily intake of healthy fats. Health-nuts across the globe have long been obsessed with this miracle food, due to its abundance of vitamins, minerals and monosaturated fatty acids. Coconuts also provide delicious and nutritious oils for us to enjoy – and not only are they good enough to eat, but they’re awesome to cook, clean, and care for your hair/skin with, too! Nuts and seeds provide easy-to-snack on ways to get your intake of fats, and the list really does go on.

‘But it all sounds so boring!’, I hear you cry. ‘Veganism sucks the very soul out of the culinary world!’ Erm, okay – first of all I’m gonna need you to stop being so overdramatic, and THEN I’m gonna have to ask you to take a look at these amazing vegan meal ideas: from banana bread to burgers, curries to cookies, and a whole host of mouth-watering favourites such as enchiladas, burritos and even shephard’s pie…it’s becoming increasingly obvious that the vegan cookbook is bursting at the seams with delicious recipes to try, isn’t it? I myself have found that, when trialling vegan recipies on the run up to World Vegan Day, the amount of fun I had when cooking increased tenfold – the creativity of these tasty treats really does do wonders for your enjoyment of cooking, and chowing down on such lovingly crafted meals really is a joy. Don’t believe me? Why not give it a go!

Now, a couple of paragraphs ago I promised to provide you with proof that vegans can live really healthy lifestyles (yes, even without devouring five-dozen eggs a day…I’m looking at you, Disney’s Gaston!) And when you see these fine specimens of the vegan variety, you’ll be hard pressed to argue against their case…

David Carter, AKA The 300 Pound Vegan: 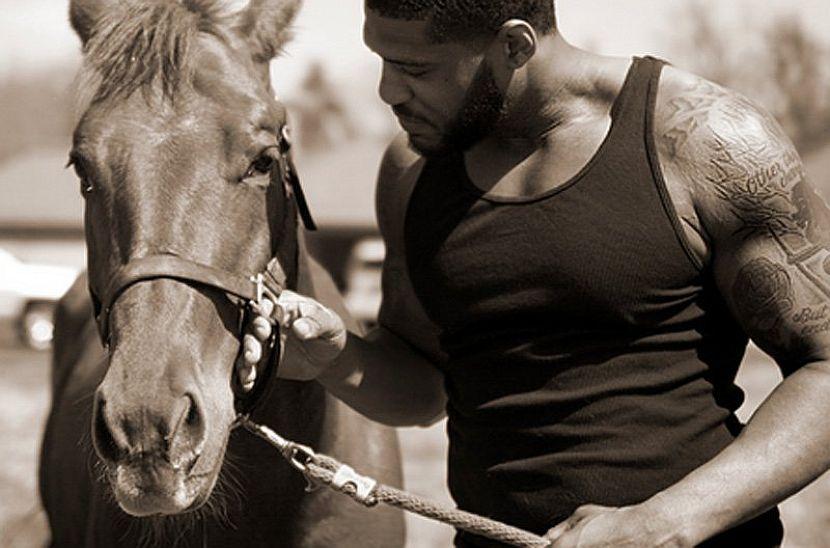 Perhaps it’s unfair to refer to Carter by his Instagram handle rather than his actual profession (the sportsman is a defensive lineman for the NFL), but so proud is he of this vegan lifestyle that Carter probably won’t mind any extra attention given to the cause. Originally becoming vegan to alleviate the pain of tendinitis, Carter admits that this shift in diet has changed his life for the better: ‘I realised I was making everything worse,’ he says of his pre-vegan habits. ‘I was feeding the tendinitis, the muscle fatigue, everything. So the next day, I went vegan. The first thing I ate was a bean burger and haven’t eaten meat since.’ Such a drastic change, followed by an improved quality of life for the sportsman, proves that veganism really can be for anybody. And sometimes, that ‘anybody’ could be one of the most successful sportswomen of all time…or is that two sportswomen? 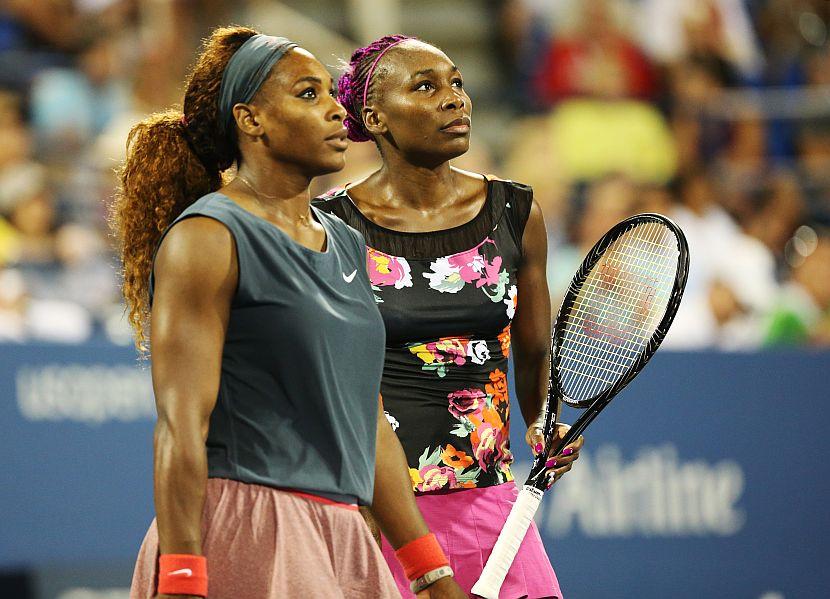 What’s the secret to becoming insanely skilled, athletic and gorgeous to boot? Just ask sisters Venus and Serena Williams, who have both followed vegan diets since 2012 – and once again, their meat/dairy free diets could well be responsible for their energy (and success!) When Venus was diagnosed with a debilitating and incurable autoimmune disease known as ‘Sjogren’s syndrome’, she feared that her condition could put an end to her stellar career. But after her doctors recommended veganism to combat her excessive fatigue, Venus switched up her diet (alongside her supportive sister, Serena) and hasn’t looked back since. Free of fatigue and joint pain, the sisters have played in and won a multitude of matches – all the while maintaining their miracle lifestyle.

There are a multitude of sports stars, thespians and performers who sing the praises of the vegan lifestyle, whether for the sake of animals or for their own physical wellbeing. But when it comes to animals (which, let’s face it, are our main focus every day!), what impact does this lifestyle have on their (and our planet’s) wellbeing? To round off this blog, we’re going to leave you with some food for thought, in the form of quick-fire statistics. Have a read, think back on this post and see if you, too, could give veganism a go! It’s easier (and far more vital) than you might think:

And, just as a final reminder…

Giving World Vegan Day a go? Let us know how you get on – we’d love to hear about your experiences!