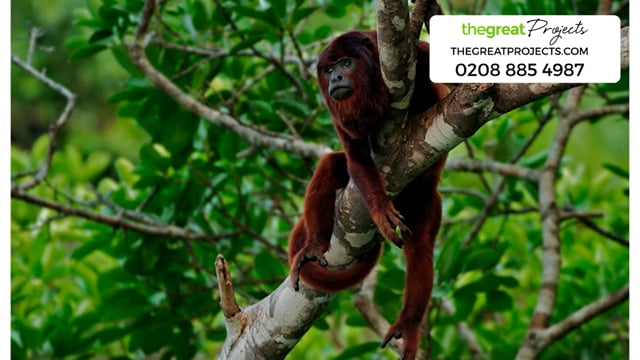 Mystical and enchanting, Peru overflows with unique character and our projects make for stunning opportunities to volunteer in Peru. The country is a melting-pot of lush jungles, snowcapped mountains, and mysterious, ancient Incan influences. Drawing inspiration from the past yet embracing the best aspects of modern life, cities here are effortlessly cosmopolitan and brimming over with culture. Mountainous regions and rolling, golden deserts provide a stunning backdrop to Peru, with the incredible Amazon rainforest being the most iconic landmark of all - as well as being the largest rainforest environment on earth.

When volunteering in Peru, you will be situated within one of the country's most established wilderness reserves: the Manu National Park. Here, at the furthest tip of the Upper Amazon River, you will find your new 'home' in the UNESCO World Heritage Site. This is also the largest tropical rainforest biosphere reserve on earth, protecting 4,646,564 acres (1,881,200 hectares) of land - an area almost half the size of Switzerland! What's more, Manu National Park's biological diversity is one of the greatest on Earth: a total of more than 800 bird species and 200 species of mammals have been identified here! The diversity in the region ensures that taking a volunteer trip to Peru will be an experience you'll never forget. 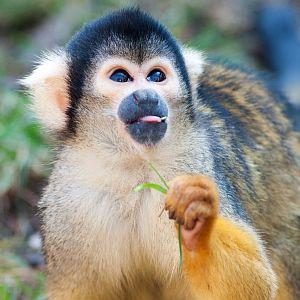 Have a lasting impact on the conservation efforts in the Manu UNESCO Biosphere, one of the most diverse environments on earth.

World Snake Day 2017 - Some sssssssuper specifics about the slithering serpents

Today marks World Snake Day and it gives us a chance to discuss all things snake! These amazing animals need our help now more than ever, and even though people are often scared of the serpents this is often a misguided fear. We all need to work together to help the snakes so read up and learn more today! 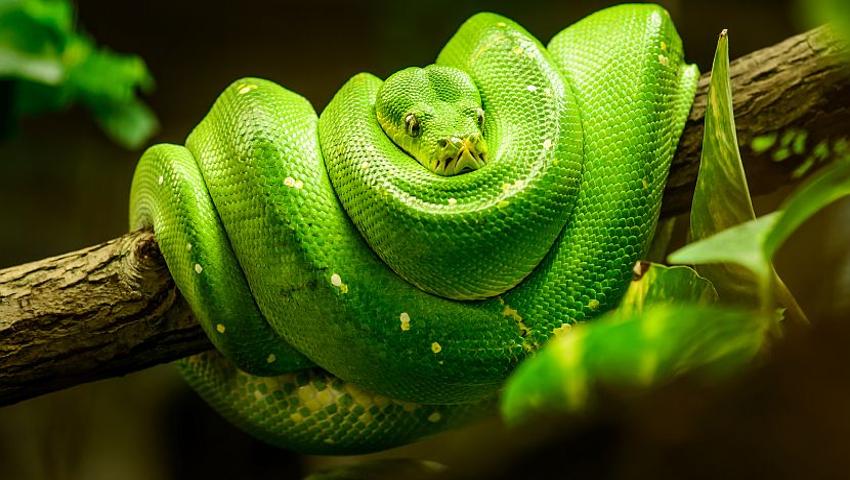 What's The Latest In The Amazon? - 87% Of All Biodiversity Has Returned To Their Regenerating Rainforest!

The Amazon Conservation project in Peru recently got in touch after they caught up with one of their volunteers to ask her about her experience of working in the heart of the jungle. Her account was simply lovely so we wanted to share it with you in honour of volunteer week! The images are amazing and a great indication of what you could be getting up to if you visit the project! 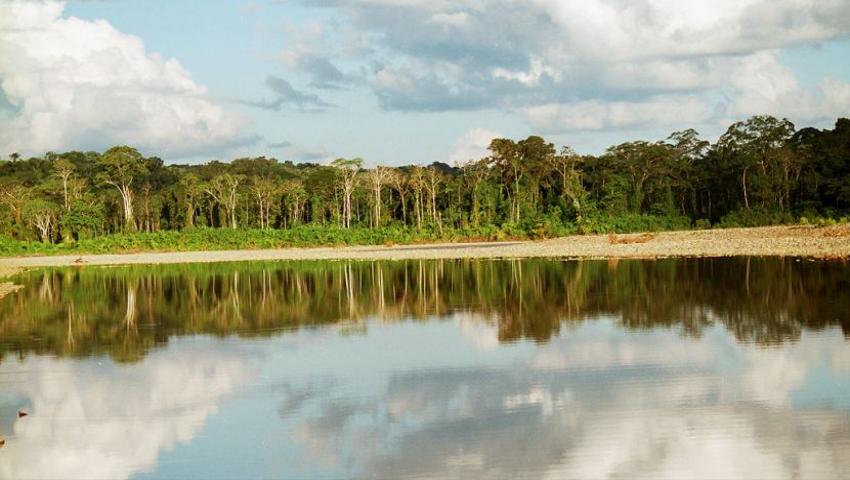 Ecosia is an economical search engine that supports and funnels funds to reforestation programs with advertisement generated revenue. They have an ambitious mission to replant one billion trees by 2020, and here at The Great Projects, we think this is exceptional! As our ethos revolves around wildlife conservation, we feel Ecosia is setting a great example for other corporate businesses! Please read on to find out more... 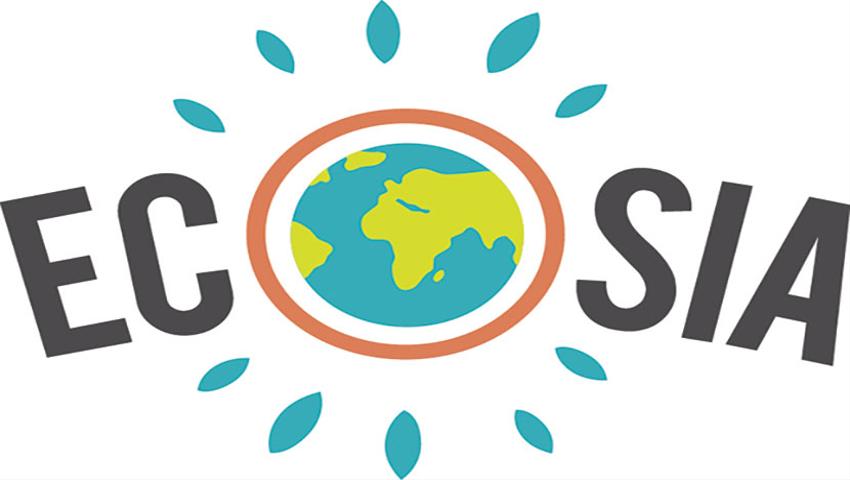 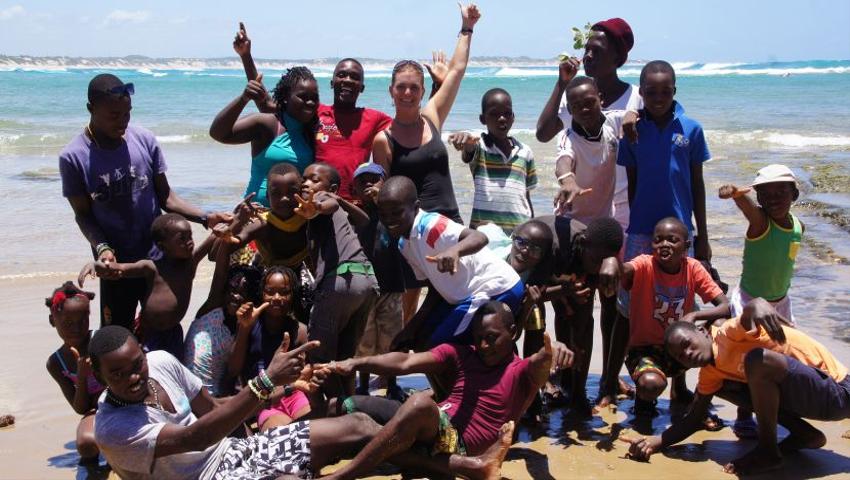 UPDATE! Wildlife Conservation Is EVERYBODY'S Concern - 50% Of All Species Could Be Endangered By Mid Century

Sadly, there are so many endangered species all over the... 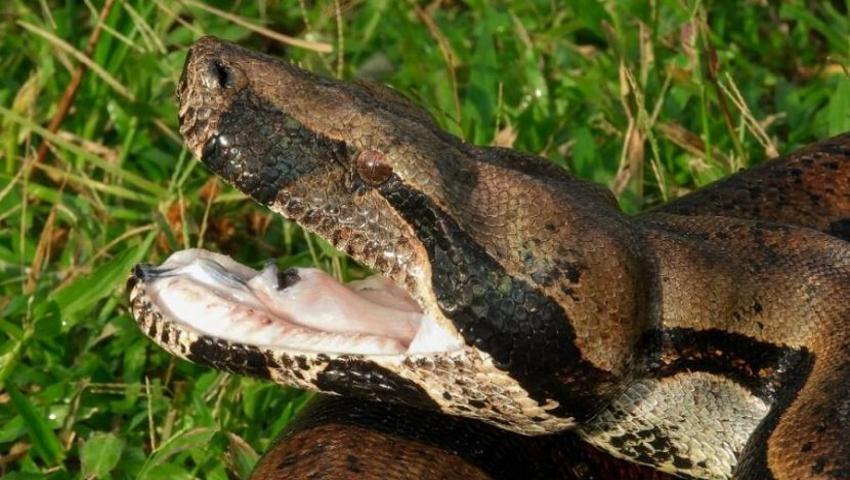 The team at the Amazon Conservation Project in Peru have... 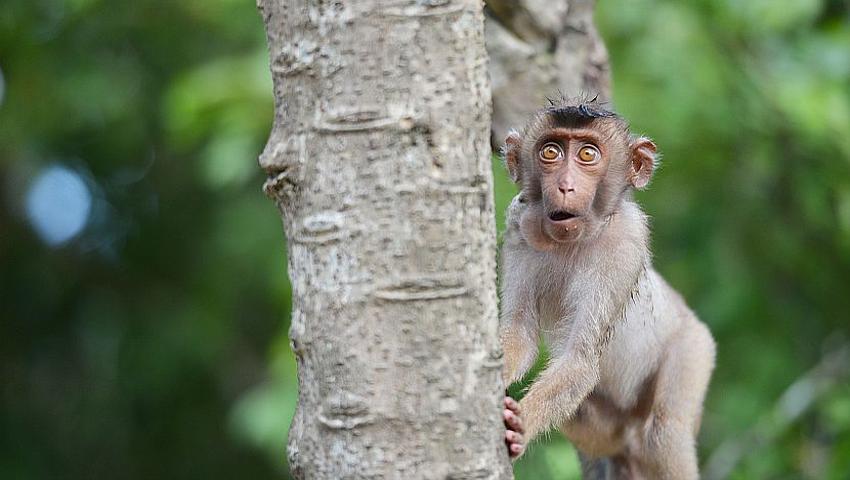 Think you know all that there is to know about monkeys? See... 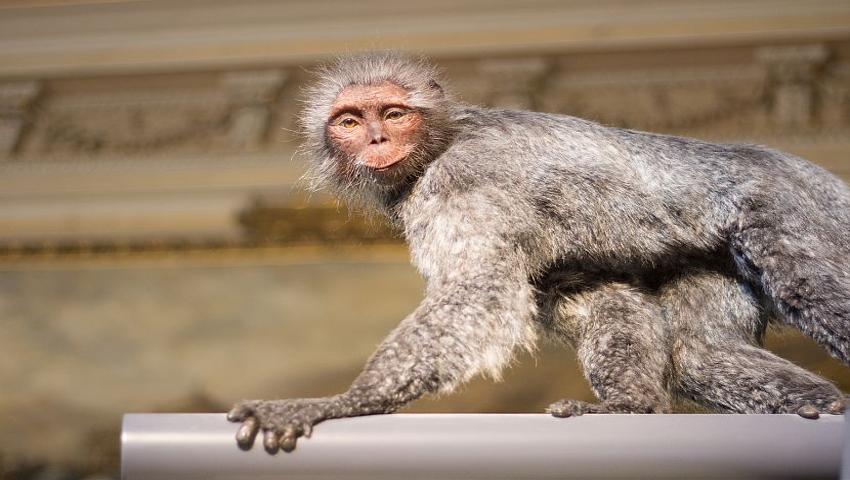 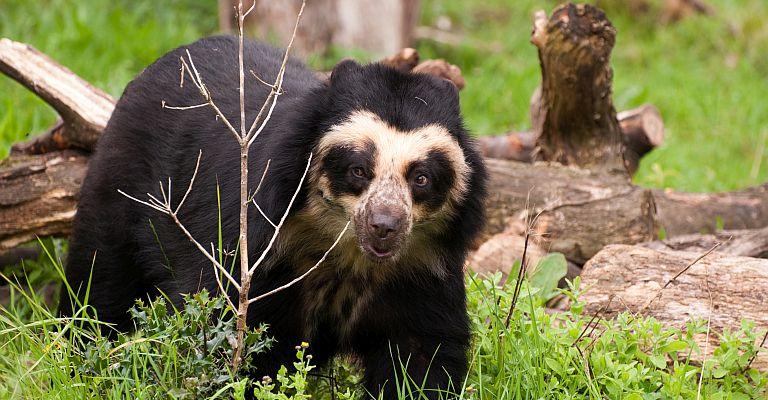 Peru is home to an abundance of animal life: over 1,700 species of bird, more than 500 species of mammal, and over 300 species of reptile can be found here. The country has one of the highest levels of biodiversity in the world, making a visit to one of Peru’s wildlife sanctuaries a fantastic way to experience the country!

Peru’s impressive biodiversity owes, at least in part, to the extreme diversity of the country’s terrain. The Andes mountain range, the Amazon Rainforest, and the Pacific Ocean all have their own unique environments, each with habitats housing a vast array of animals. Some of the species found in Peru include:

• The ‘Cock of the Rock’ birds

Of all the ways to travel, animal volunteer opportunities in Peru allow you to experience the country at its absolute natural best. Aiding conservation is one of the most meaningful ways to get involved in volunteer work, so get in touch to volunteer in Peru and begin your adventures today! 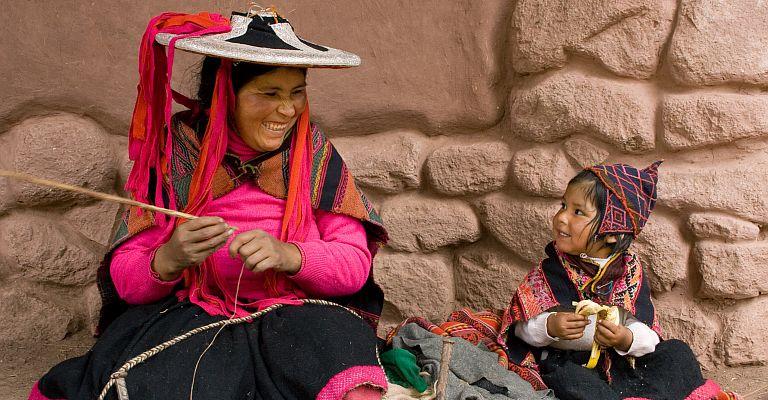 Like many other countries in South America, Peruvian culture is drenched in Spanish influence: from language to architecture, remnants of 1532’s conquest still remain today. That said, Peru has seen a resurgence of its Andean and Amazonian roots, bringing with them cultural elements such as:

• Festivals and celebrations – Peru has inherited both native and European cultures, boasting a humongous variety of traditional celebrations and festivals throughout the year. Inti Raymi (‘Festival of the Sun’) takes place in Cusco on the 24th of June annually, with thousands of Peruvians making the trek to pay their respects to the revered sun god, Inti. This celebration stems back to 1412 and has been celebrated with music, dance and food ever since. Not around on the 24th of June? No worries – the festival runs for a week, so you have a little time to get involved!

• Food – Peru’s culinary scene boasts an orchestra of vibrant flavours: chilli peppers, kiwicga, and several root vegetables find their way into local dishes, though one of the stand-out delicacies of Peru is the curiously-named Anticuchos de Corazon – otherwise known as ‘grilled heart.’ It’s easy to be put off by the word ‘heart’ but hear us out: the Peruvians love this lean muscle, with its bold flavour and tender texture. Cubes of heart are marinated and grilled and are often served on skewers with sliced onion or potato before being drizzled in lime. Don’t have the guts to devour some heart? Many Peruvian cooks switch the traditional muscle out for cuts of beef or chicken, so dig in and enjoy the flavour!

• Clothing – while citizens of Lima, the nation’s capital, tend to wear more western garb, many rural folk still prefer to dress in traditional attire. Bright, woven fabrics are commonplace, with long colourful skirts (or Polleras) being worn by women, while men tend to dress in more neutral shades, their trousers cut off at the knee in a ‘bayeta’ style. 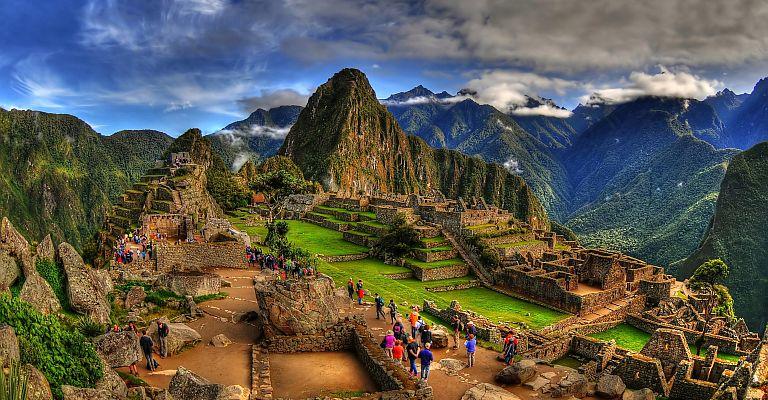 If you’re looking at joining a volunteer project in Peru, you have to set aside a little time to see some of the country’s most famous sights! Peru has one of the best-known ancient civilisations ever to have existed, and remnants of Incan culture still stand today. As mentioned previously, the nation’s wildlife is exceptionally well-known, so discover the best of both worlds when you volunteer abroad in Peru:

• Machu Picchu – it’s impossible to visit Peru without so much as considering a visit to the iconic Inca city of Machu Picchu and, for many, this awe-inspiring ancient city sits at the very top of the bucket list. Machu Picchu sees as many as 2500 people arrive per day during its high season (late May-early September), but despite its extreme tourist draw, the site still retains an air of mystery and grandeur.

• Nazca Lines – speaking of mystery, Peru’s Nazca Lines continue to perplex even the sharpest of archaeologists. Spread across more than 310 square miles of the rock-strewn Pampa Colorada (Red Plain), the Nazca Lines are comprised of over 800 straight lines, 300 geometric figures, and 70 drawings of both animals and plants. Getting a closer look will not help you to understand these mythical markings – only by observing from above will you begin to recognise a curious network of shapes. But who created them, and why?

• Manu National Park – by joining a volunteer program in Peru, you will have the opportunity to visit the remarkable Manu National Park, a luscious stretch of land reaching an impressive size of 17,163km2. Observe animals such as giant anteaters, pumas, and sloths from within this UNESCO-recognised bioreserve, and try to spot any of the 14 species of monkey hiding here!

Become a volunteer and see Peru in an incredibly unique way by joining a volunteer in Peru project today!