From Heroic Hounds To Controversy And Cruelty - Read September's News In Review! 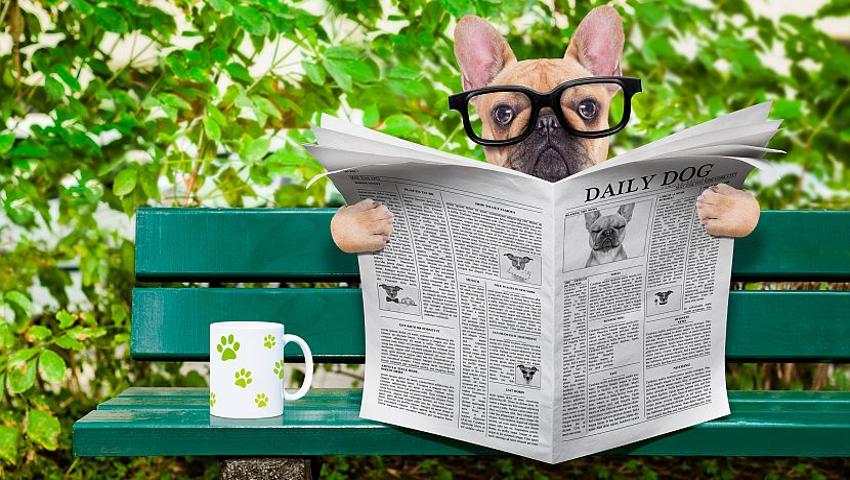 Read on for our pick of animal news stories from around the globe, from heroic hounds to empathetic pet owners.

In the wake of last year’s Planet Earth II, it didn’t take long for people to start asking when its sister-show, Blue Planet, would make its return. Fortunately, the good folk behind the show were just as quick to let us all know, officially making an announcement for the sequel in February 2017.

Fast-forward to now, and the trailer for Blue Planet II has finally aired. Narrated (as ever) by legendary broadcaster and naturalist David Attenborough, this oceanic odyssey will also have a phenomenal soundtrack provided by Radiohead and Hans Zimmer. The show is bound to be a mammoth success – check out its stunning new trailer just below.

In recent times, it seems as if we are constantly plagued with dreadful news. The past month, in particular, has seen the world struck by tragedy: hurricanes, floods, and even volcanoes caused havoc across the continents. Tragically, Mexico was just one nation caught up in disaster, with a cataclysmic earthquake rendering the capital all but destroyed.

But as the dust settled, through the rubble emerged a new beacon of hope. Clad in goggles and tiny safety boots, Frida the Labrador (alongside members of the Mexican Navy) embarked on a mission to search for survivors.

Much like any other dog ever known, Frida became an instant hit on social media. But as adorable as all pups are, and as easy as it is to coo over their cuteness, there is something really quite remarkable about this particular retriever. Over the course of six years, 8-year-old Frida has found several people alive, and has also located a number of bodies – gorgeous as she may be, Frida brings true joy (or, at least, relief) to the friends and family seeking some form of closure after a horrific event. Sweet girl, we salute you. 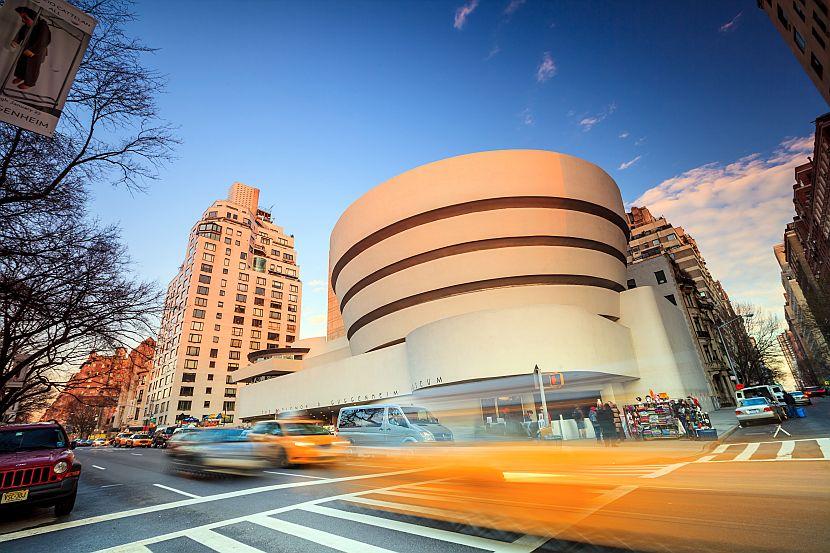 Sadly, humans are not always so kind to dogs as our furry friends can be for us (but stick with us: there is a redemption story at the end of this blog!)

Up until just a few days ago, New York’s Guggenheim Museum had planned to include three highly controversial ‘art pieces’ during the upcoming ‘Art and China After 1989’ exhibition. Whilst one of the pieces consisted of a 2003 live recording of harnessed, exhausted pit bulls compelled to fight each other, another clip shows footage of a boar and a sow mating (both animals had been stamped with gibberish, supposedly to represent ‘the contrast between complex writing systems.’) Finally, a live in-house exhibition was due to take place, during which hundreds of insects and reptiles would devour each other during the course of the show.

Dated, disgusting, and exploitative, it is a wonder why the usually forward-thinking city would even consider hosting such an exhibition. Many celebrities spoke out in disdain towards the Guggenheim for their foul choices, and an online petition condemning the show circulated achieving over 550,000 signatures by the time the Guggenheim had pulled the plug on it. But whilst animal-lovers have succeeded in getting the exhibit removed, time will only tell if the Guggenheim (and other such museums) will have learnt their lesson.

Being An Animal Lover Is In Your Genes – Apparently 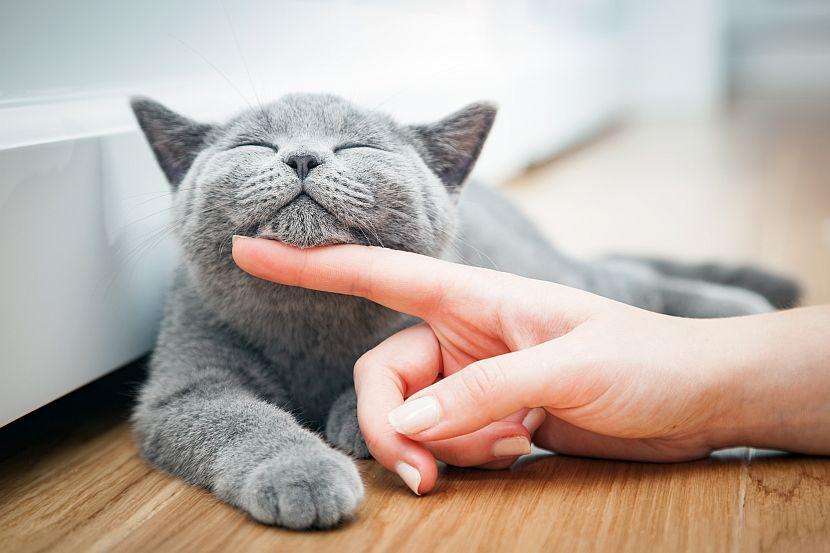 Nature or nurture? This is a question often asked, when it comes to the way we humans act. Our taste in food, fashion, and just about anything else may or may not be determined by the environments we’re raised in – conversely, maybe some of us are just born loving marmite and knee-high socks! The way we present ourselves to the world, too, has also been a point of discussion for many years – but where do we learn our empathy for animals?

According to science, the way we feel about our fuzzy/furry/scaly friends all depends on our genetic makeup. Studies suggest that, due to evolution, a percentage of the world’s population may have inherited a certain adoration for animals – whether our ancestors relied on animals for company or for hunting purposes, is seemingly besides the point. Animals have been kept as pets for hundreds of thousands of years (and, in some cultures, have even been deemed god-like), and it seems as if a respect for cuddliest of creatures has continued on into the modern day. Even during the financial crisis of 2008, research shows that pet owners continued to spend good money on their animals, suggesting that pets are not simply a luxury, but a move-loved part of the family unit.

Whatever the reality of this study is, the next story will prove to you that some pet owners would go to the end of the earth for their beloved animals, doing anything that they can to ensure their pets are looked after…even after the owners themselves pass on.

Dog Owner Passes Away; Orchestrates Adoption Before His Death 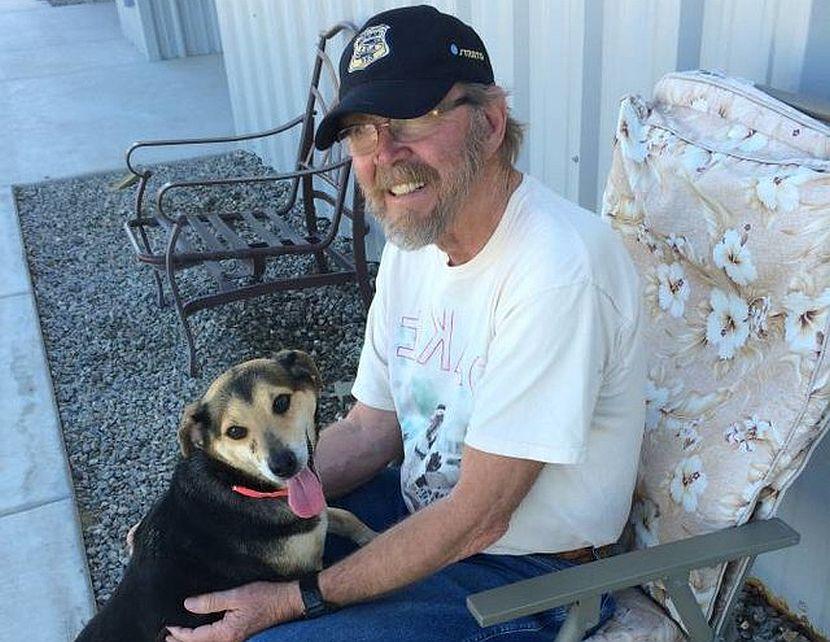 Back in 2016, a man named John met a dog named Yola. Adopting the beagle-shepherd mix from a local shelter Wyoming, this was the first way in that John would provide his beloved girl with a loving home. The second time would be in mid-2017.

Besotted with one another, Yola and John were the perfect pairing. But when John received the sad news that he had terminal cancer, their love story was to be cut tragically short. After only one year with Yola, John knew that he would soon have to give her up, as it became vital for him to enter a hospice as his illness progressed. But John knew that he couldn’t let Yola go back to a shelter, and set upon a quest to find her a brand-new home.

Posting a plea on Craigslist, the veteran waited in hope that somebody would be willing to take 5-year-old Yula in – and fortunately, somebody was more than happy to step up to the task. After stumbling across a Facebook post detailing John and Yola’s situation, a lady named Janet was immediately drawn to the dog and felt compelled to get involved. ‘I felt so sorry for both John and Yola – it was heartbreaking,’ Janet told The Dodo. ‘Without hesitation, I responded to the Craigslist ad and told them that I had a country home in Cheyenne (Wyoming.) John read through all the responses, and liked mine best.’

Though Janet and John never got the chance to meet, Yola’s adoption was swiftly orchestrated, with the help of John’s friend Beverly. Coincidentally, Beverly also knew of another 5-year-old dog seeking a home: a bulldog-boxer mix named Boogy, who Janet simply could not say no to. ‘I wasn’t sure about taking two new dogs, but I am so glad I did,’ she said. ‘I love them both very much.’

Just a few weeks after Yola had found her new home, John sadly passed away. But through the heartbreak of losing her owner, Yola is now happy living with both Janet and Boogy – as well as four other previously adopted dogs! With tonnes of space to run around in (and with plenty of friends to play with, too), Yola will never forget the kindness John had shown her, but has plenty of years ahead to heal with Janet’s help.