World Animal Day is celebrated every year on October 4th and is a day that unites all of us advocating for the improvement of animal rights and welfare standards. The day has become a platform to pool knowledge and start proactive discussions on issues facing all animal kind, including pets, livestock and wildlife from around the world, with a mission statement that reads:

"through increased awareness and education we can create a world where animals are always recognised as sentient beings and full regard is always paid to their welfare."

The Origin of World Animal Day

World Animal Day was created by Heinrich Zimmermann, a German writer, publisher and animal protection activist, and held its first-ever event at the Sport Palace, Berlin in March 1925 where over 5,000 people attended the celebration. A few short years later, the day was moved to October 4th, the feast day of Francis of Assisi, the patron saint of ecology. This was no accident - Saint Francis is often depicted in the company of animals, as according to legend, he had the ability to talk to them. He was said to preach to animals, in particular birds that would gather to listen to him and is claimed to have bartered with a wolf, persuading the city of Gubbio to feed the wolf regularly, and in return, it would no longer prey upon the townsfolk or their livestock.

Initially, Heinrich Zimmermann had found following in only a few European countries, notably Germany, Austria, Switzerland and Czechoslovakia, though through his continuous and tireless efforts to promote the day, it was universally accepted by the International Animal Protection Congress in Italy in 1931. 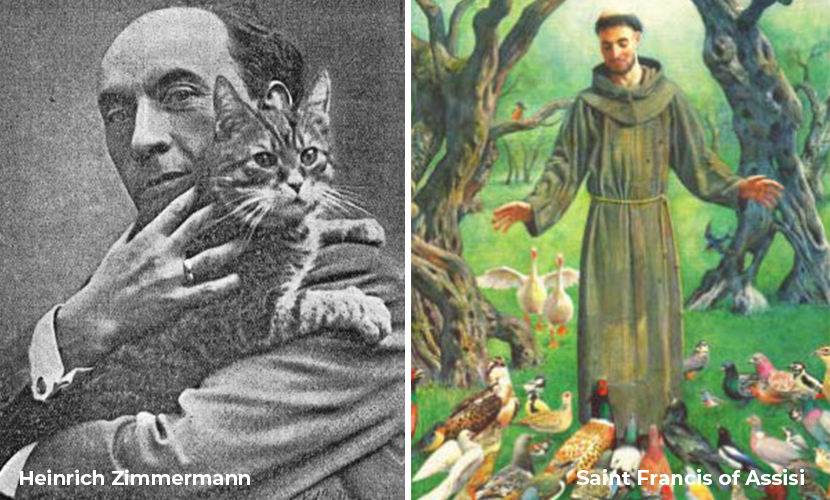 The Importance of World Animal Day

World days are a platform for everyone to become involved in raising awareness and creating mass action for important issues around the globe. World Animal Day allows us to look at the ways in which individuals, businesses and nations affect the lives of animals on a daily basis, and see how we can become part of a social movement to effect legal reforms and provide a better future for all animals.

There are many international conservation days which focus on a particular species or group of animals such as pets and livestock, but World Animal Day is the one day of the year which encompasses all animals and the unique concerns of each. The participation in celebrating World Animal Day also continues to grow each year, with an estimated 1000 events in over 100 countries last year - an incredible increase from the 44 events held in 13 countries back in 2003.

The day itself has been used to make huge strides in legal reform across the world, with examples such as the Society for the Protection of Animal Rights in Egypt (SPARE) which used the day to submit a Model Animal Welfare Act to the Egyptian Parliament, and the Sudanese Animal Care & Environmental Organisation’s which used the day to introduce animal protection legislation to the Sudanese parliament. 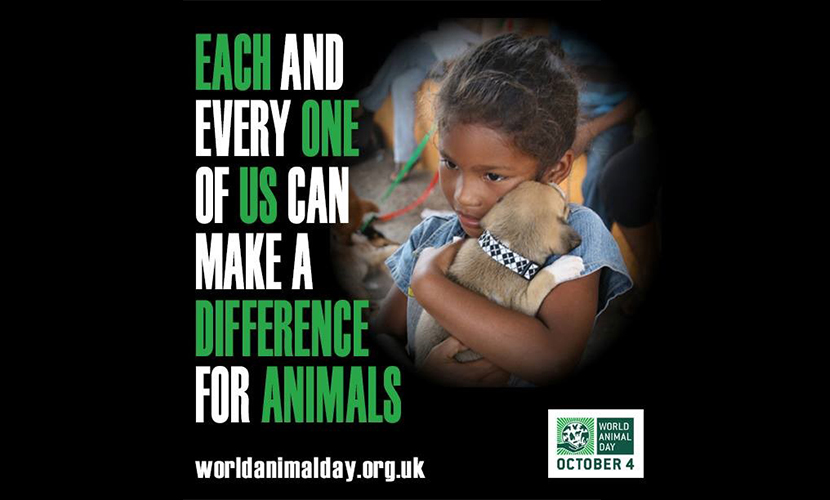 World Animal Day in 2020 and How to Get Involved

As the years have gone by, various small and large scale wins in terms of animal welfare, conservation and environmental issues have been celebrated. In 2018 it was reported that a third of Britain’s population were vegetarian, vegan or have significantly reduced their meat consumption, London Fashion Week went fur-free and many travel giants stopped selling tickets to marine amusement parks such as SeaWorld. In 2019, Greta Thunberg was named Time’s Person of the Year for inspiring 4 million people to join the global climate strike, and the UK parliament passed a bill to end the use of wild animals in travelling circuses. Now, in the unusual year of 2020, nature began to thrive during nationwide lockdowns and live animal markets have been called into question.

Before mass awareness of COVID-19, attitudes towards animals appeared to be evolving, and though there is still so much more to be done, there are many ways to give your voice to the animals this year - with every action, no matter how big or small, being a stepping stone towards change.

Typically, holding or attending events and volunteering are considered perfect ways to participate, though with the global pandemic restrictions, this may not be possible in person this year. So keep an eye out for online events, and fear not as there are plenty of other ways to help your favourite animals; join the community and make a pledge, raise awareness by spreading the word, sign petitions, donate to a charity or adopt an animal and/or organise a fundraiser. So, whether you are an individual, group or organisation or business, your favourite animal needs you to be their voice this World Animal Day!

Famous Thandi overcame a horrific ordeal and her strength...

A Big Thank You To Our Supporters This International Orangutan Day!

This International Orangutan Day, we would like to thank...