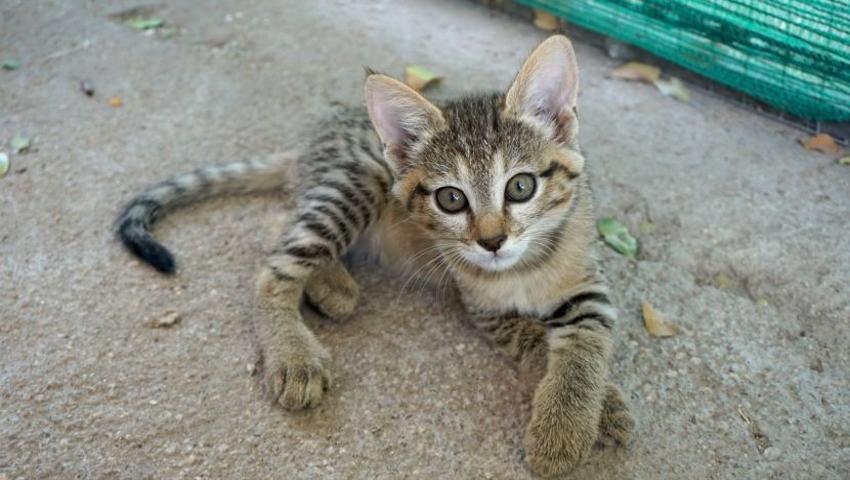 Happy new year, and welcome to the first blog post of 2020! Who is looking forward to what the year has in store…? We certainly are! But as exciting as it is to think about the year ahead, today we will be reflecting on what the Wildlife Orphanage in South Africa got up to in the final quarter of 2019.

As you may already know, the Wildlife Orphanage team are keen to provide the local youth with access to education. Topics such as English, maths and biology round out the curriculum, while wildlife conservation remains an important element of the children’s studies. At the end of every week, an ‘awards ceremony’ is held in order to celebrate the achievements of each child, and it is during this ceremony that the children are able to deliver a brief presentation of what they’ve learnt to an audience of their peers. As well as being a rewarding end to the week, it’s also a fantastic opportunity for the children to vocalise their commitment to the environment. 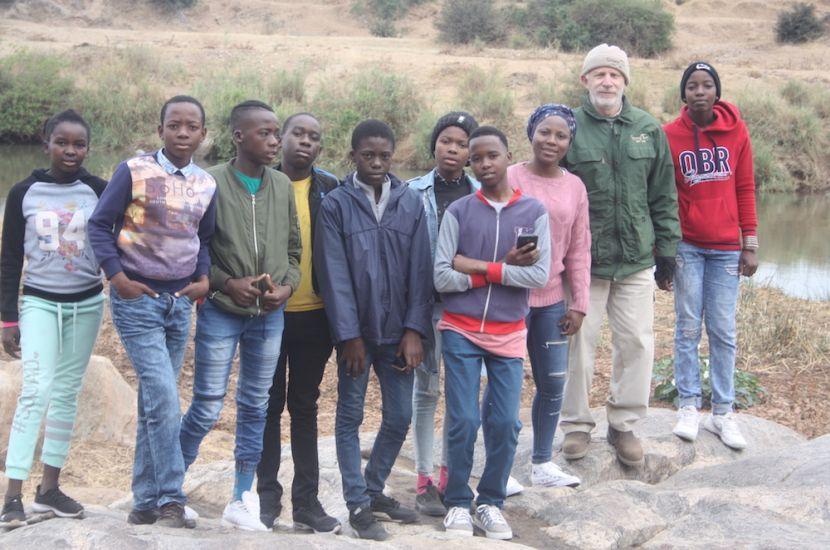 As the children deliver their speeches, the whole group are reminded of the strong bonds that they have forged throughout the week. One student, Debra, expressed her gratitude while reading her letter aloud:

‘During my week at the Wildlife Orphanage, I have learnt that we have to protect our environment and our nature. I don’t know how I can thank you enough for what you have done for us. It was really an opportunity of a lifetime.’

The volunteers at the ceremony loved Debra’s letter and decided to nominate her for ‘Student of the Week’. Thanks to her dedication to learning and her passion for animals, Debra was sent on a special excursion alongside the previous weeks’ winners. They were all driven to a private game reserve in order to see wild animals in their natural habitats – a particularly special treat, as many of them may never have seen these animals before. 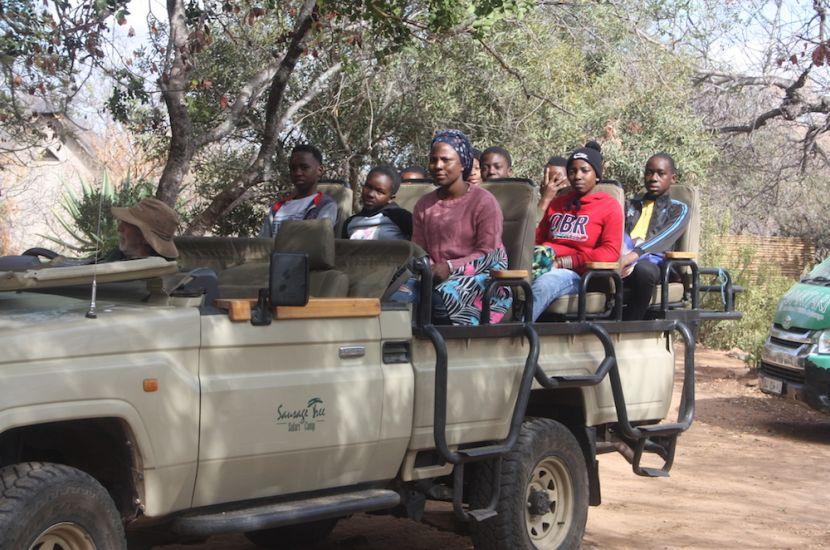 Although not every child is lucky enough to head out on a game drive, the education they receive at the sanctuary is certainly valuable, as they are able to learn in a more intimate setting than what is typical in South Africa. Regular classes are often as large as 130 students or so, but just 8 children attend the classes at the orphanage each week, allowing them to learn so much even in a short space of time. At the end of the week, the children are invited to take photos with the volunteers before being transferred home with a head full of knowledge and a heart full of compassion!

The Wildlife Orphanage in South Africa plays a key role in rescuing and looking after orphaned animals, and as heavy rains arrive at the end of each year, the team tend to have their work cut out! The rains restore the bush to is summertime state, turning it a vibrant green with flourishing trees. Babies are also born at this time, and while there have been many happy families roaming around the farm, others are not so lucky. 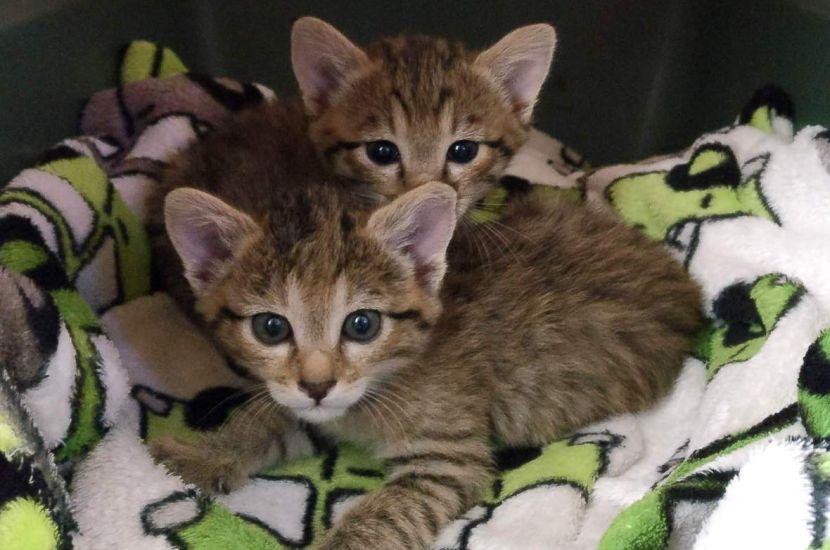 Back in October, the project team stumbled upon two abandoned African wild cat kittens near the campsite. The decision to rescue and release the cats was taken, as the team determined that it wouldn’t be long until their instincts to hunt rodents, birds and even small antelope would take over. We’ll tell you more about the kittens’ progress at the end of this page, but for now, we’ll continue to focus on what else happened throughout October!

A few weeks after the kittens were found, two young squirrels fell off the roof of a chalet in camp. The stunned babies were immediately taken care of and with a lot of love and care, they were playing around and eating well in just a matter of days.

After a violent storm hit the region, a baby mongoose was found alone by some nearby locals. They called the wildlife orphanage in the hopes that the mongoose would be taken care of, and of course the project team were happy to oblige! The affectionately named Goose was soon found to be a very vocal, energetic mongoose indeed, and it didn’t take him long to start digging and climbing everywhere! 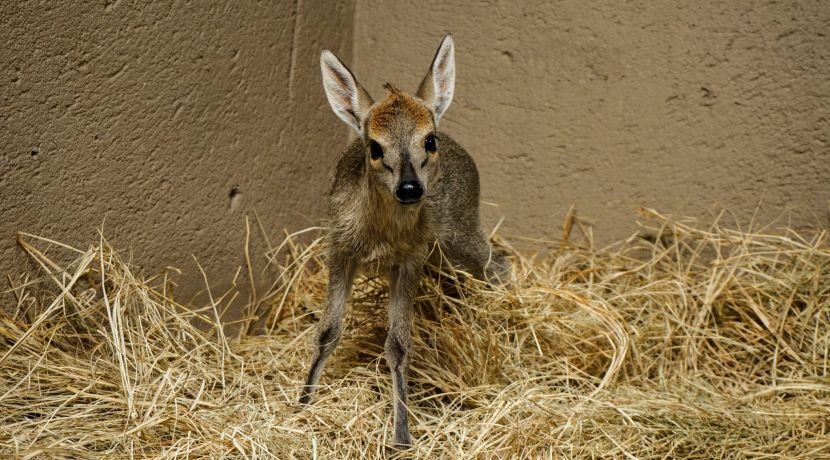 Last but not least, October saw the arrival of a baby duiker. The animal had been found by a community who, thankfully, were already familiar with the Wildlife Orphanage, and they wasted no time in putting in a rescue call to the team. Wally (as the duiker has been named) adjusted well to his new environment, and time will tell when he is ready to be released back into the wild!

Earlier on in this post, we mentioned the arrival of two African wild cat kittens. When they were first spotted back in October, the project team were reluctant to interfere in the hopes that their mother would return to claim them, but as the night drew dark and cold the two kittens began shivering and crying out for food. It was decided that the kittens should be taken in by the project staff and, as you can see in the video below, they were not about to go hungry at the orphanage…!

Soon enough, the kittens were given names, so ‘meet’ Bonnie and Clyde! Throughout November the kittens continued to grow and gain their strength, and while there is no word yet on when they’re likely to be released, for now they are a much-loved part of the family at the Wildlife Orphanage. Whenever we hear more about this adorable duo, we’ll be sure to share an update with you all!

us Sunnah Foundation commented 10 months ago
Brothers and sisters...
Let's help orphans and needy people in Indonesia with us
Please support us at ussunnah.org/orphans
Reply 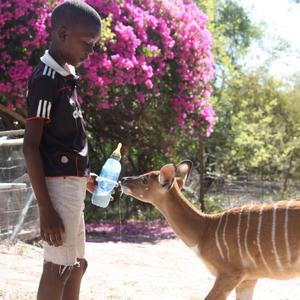