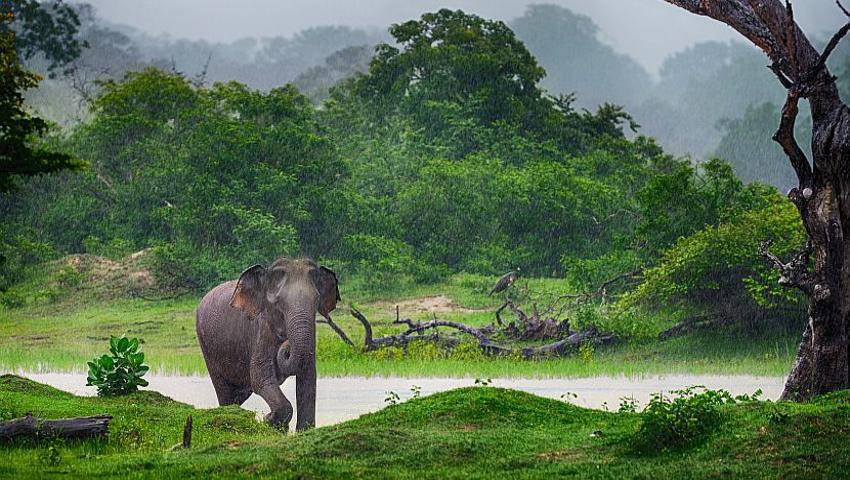 It's always great to hear from the project facilitators out in the field, and this week we have been fortunate enough to receive a blog (or 'Elephant Diary') from the 'Great Elephant Project' which offers volunteers the chance to aide elephant conservation whilst volunteering in Sri Lanka!

"It was Sunday, April 13th 2014, the day just before the Sinhala and Tamil New Year. The time was around 3.30 pm as we bounced along the potholed and rutted gravel road. Crossing the now dry spill we headed towards the Tree Hut Corridor and shortly arrived at the tree hut. Chandima and Ian clambered up to the tree hut while Siriya and I scouted the area on foot to see where else elephants might be nearby. All the spots where we have encountered them frequently in the past turned out empty in a replay of "where have all the elephants gone," situation that we had to deal with these past few days. 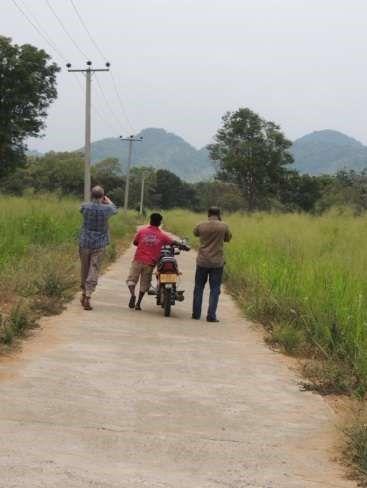 he signs we came across told us a different story though. There was fresh evidence to show that they had been in the area in fact as recent as yesterday. Then why weren't we able to see them? This was the big question bugging our minds. Some months they are there practically every day in herds, singly and in bull groups. Then suddenly they are all gone but from the signs left behind we are aware that they are still around but come at different times when we are not around. This was an enigma that we were hell bent on solving.

Back at the Tree Hut we made a quick decision to head out to Madu Pitiya. The hardly noticeable track carried us to a large open woodland glade that was reminiscent of an English park. We parked at its edge and continued on foot clambering down and up a dried up water course to an area where villagers had set up their Chena cultivations. Entire herds frequented these Chena cultivations after they had been harvested and abandoned. No luck this time since all the Chena lands had been burnt in preparation for the next planting rains. Heading back to the Land Rover we planned to head out to the Goda Ulpotha track. Heading back to the Tree Hut Corridor we turned left and suddenly Chandima exclaimed, "Look, there is an elephant!" 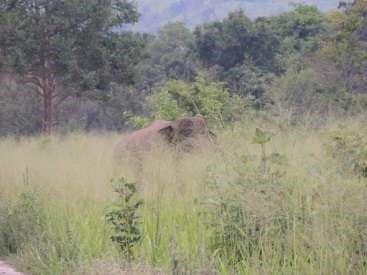 The bull elephant was by the side of the road partly hidden by the mana grass facing towards our direction and feeding busily. Then we realized there were two of them. The second elephant was deep in the Mana grass. Stopping the vehicle we got off and quietly stood on the road and took photos.

The two elephants were so busy feeding they had not noticed us. We flagged a motorcyclist that came from behind lest he run smack into the two bulls. As they continued to feed the elephants kept moving towards us. And then quite unexpectedly the single tusked bull stepped onto the road and kept walking towards us quite oblivious to our presence when suddenly it saw us standing like silent sentinels on the road. 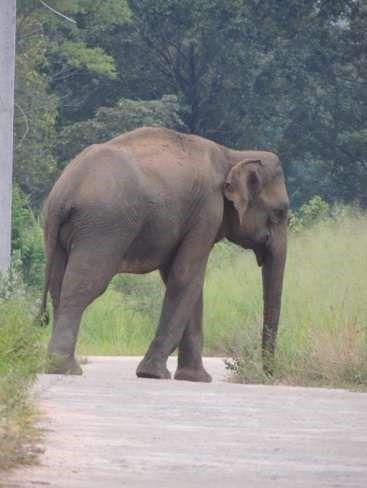 Raising its head with ears spread wide and with an alert countenance the bull kept walking towards us! 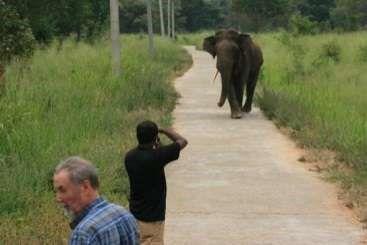 As it got close it courage seems to vane and suddenly it turned and walked quickly across the road and disappeared into the mana. The tusker was in musth and the musky order from the discharge from its temporal glands permeated the area and assailed our noses. 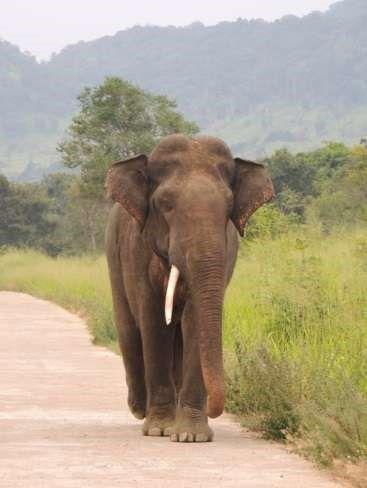 Another bull appeared from the direction of the tree hut. This bull when he saw us quickly hid behind some scrub and then managed to build up enough courage to cross in front of us with an attitude.

A star tortoise completely flustered by the arrival of the elephants kept crossing back and forth at the same exact place on the road as if it had totally forgotten where it wanted to go. That was a lot of effort from a generally slow moving chelonian! 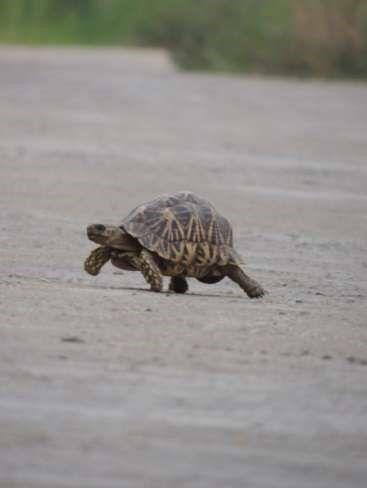 After the bulls had left we realized there were more elephants in the forests by the tree hut because we could distinctly hear their sounds. Stopping the Land Rover around a bend we waited and listened to the herd moving towards the road as they fed on the mana grass. 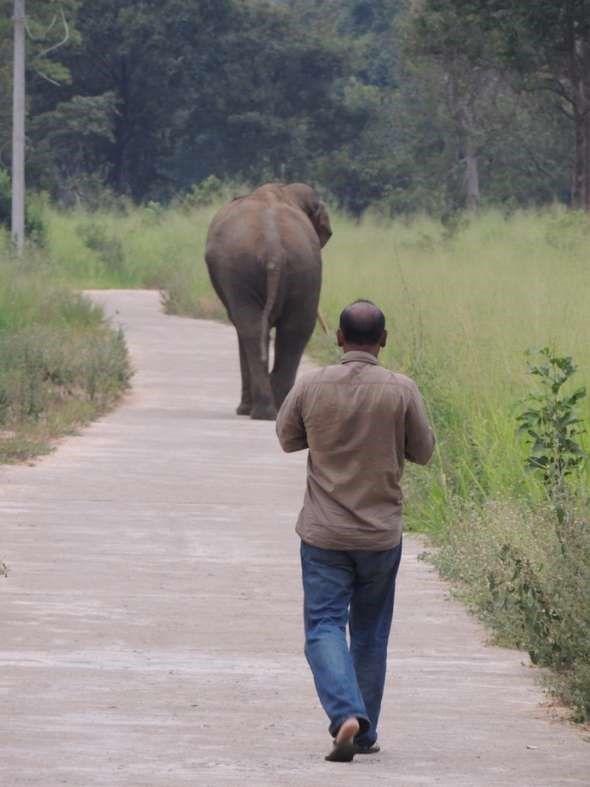 As the herd matriarch with a little baby was about to cross the road it seemed to sense our presence probably we were more visible than we thought due to the full moon. The herd moved quickly back into the mana and crossed further up the road. In the waning light it was rather difficult to count exactly how many were there but based on the time it took the herd to move across the road we assumed there were close to 35 elephants in the herd including several small babies.

A day that seemed to follow the patterns of all the other days where we had spent hours without coming across elephants turned to be a New Year bonanza as well as a fantastic New Year gift to us from the wilderness. We had found both adventure and happiness in our pursuit of elephants." 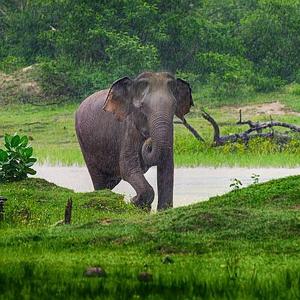