The True Cost Of Cosmetics - Which Brands Support Animal Testing? 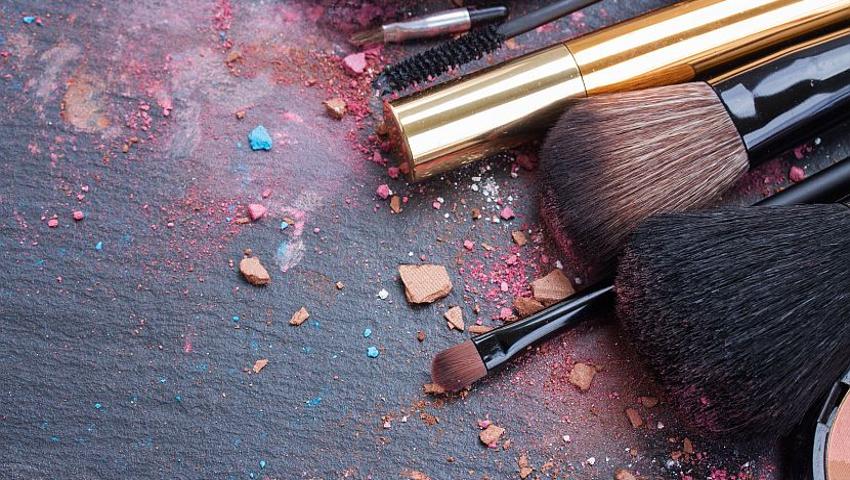 For today's article, we’ll be taking a look at an issue that is quite close to home and that, sadly, many of us may have been unknowingly complicit in for many years.

The cosmetics industry is arguably at an all-time high: beauty bloggers rule the internet; social media is flush with the faces of dolled-up and dynamic viral stars; and as of 2016, annual revenue stands at a staggering $62.45 billion dollars in the USA alone (on a worldwide scale, that number is much, much higher.) But underneath the mask of perfection, lies an ugly truth.

What is the true cost of your favourite product? Maybe your favourite lipstick sets you back a cool £20. Or perhaps your glowing complexion comes courtesy of an expensive exfoliator. But the real price of these products can be found in their impact on the world’s animal population.

The Cost Of Cruelty

There are a multitude of different ways in which the cosmetics industry is detrimental to animal welfare. From animal testing to the poisoning of our oceans, the damage we cause while chasing perfection is, quite frankly, shocking.

Perhaps even more upsetting, however, is the knowledge that many giants of the industry are able to make serious money out of what can be quite a monstrous trade. For example, MAC Cosmetics has maintained its place among the elite as one of the highest-earning makeup brands in the world, with products ranging across a number of price points (not as cheap as drugstore makeup, but at times more affordable than their contemporaries), and with a range of stunning colours and finishes up for grabs. What’s not so pretty, however, is MAC’s insistence on sticking with their parent company Estee Lauder, which (in addition to MAC itself) is notorious for their less-than-ethical nature. Both companies have their products produced in China: a country where animal testing is required, yet the cost of production is much lower. To sell products at somewhat of a premium, all the while making money on the unfair treatment of animals (as well as poorly-paid staff members), is hideous…and yet, it is common practise throughout the industry.

By supporting animal testing, these brands are subjecting animals to unimaginable pain and cruelty. For example, in testing for allergies and skin sensitisation, the test substance is either applied to the surface of the skin or injected beneath it, which may result in redness, ulcers, scaling or inflammation. In the testing of eye irritation in products, animals such as rabbits will have the test substance applied directly to the eye - often resulting in redness, bleeding, ulcers or blindness. Things get even uglier in tests for toxicity, in which the test substance is forced into the throat of an animal (typically rats), with the animal sometimes reacting to the product with convulsions, bleeding from the mouth, paralysis and/or death. What's remarkably unfair here is that, no matter what your stance on animal testing may be (some people would rather see rats undergo tests rather than humans), the products that are being tested here are simply to satiate our own narcissism - how is it that we're happy to put these creatures through insurmountable levels of suffering, just so that we can add yet another beauty product to our collection? 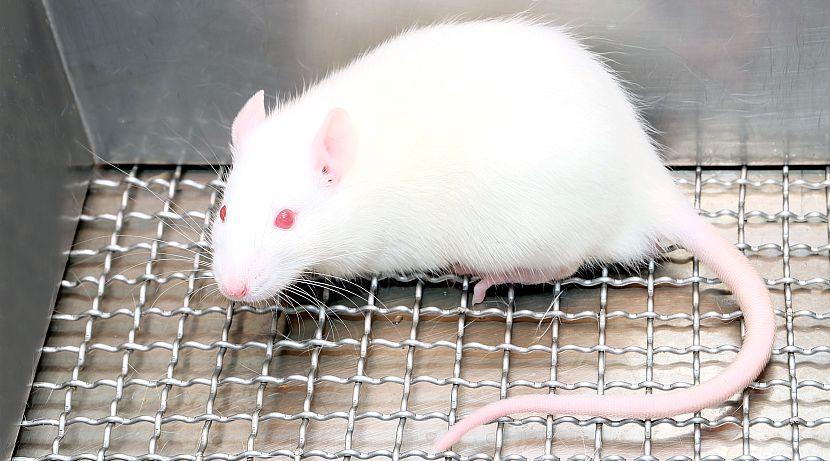 It is frustrating how many brands refuse to shift on their stance when it comes to animal testing – if it’s lucrative, why bother changing policy? But, as has been proven in recent years, much of the world is getting wise to animal cruelty, with more and more brands making the resolve to quit animal testing for good. The first to lead the pack was Lush: well-loved for their easy, breezy attitude and considerably earthy ethos, Lush has been cruelty-free from the start, launching their brand in 1995 and enjoying a steady incline of success since then. One of the major selling points for Lush, alongside their firm avoidance of animal testing, is their largely vegan product line; and with a recent boom in vegan culture (a vegan population rise of 360% in the past ten years), the brand is arguably on top of their game.

Another brand which has enjoyed much success is the U.S beauty behemoth, Anastasia Beverly Hills. Particularly popular with Youtubers, Instagramers, and (you guessed it) an increasing amount of eco-conscious youths, A.B.H is another brand which makes billions per year through sales of their cruelty-free makeup line. They’re not the cheapest brand out there, but they’re certainly good at what they do – and what’s more gorgeous than being glam and guilt-free? A.B.H (alongside other cruelty-free brands such as Kat Von D, Illamasqua and Elf) have long since threatened to topple their competitors, dominating much of the market with a blend of premium and affordable products. So, what excuse do Estee Lauder, Clinique and Dior have? 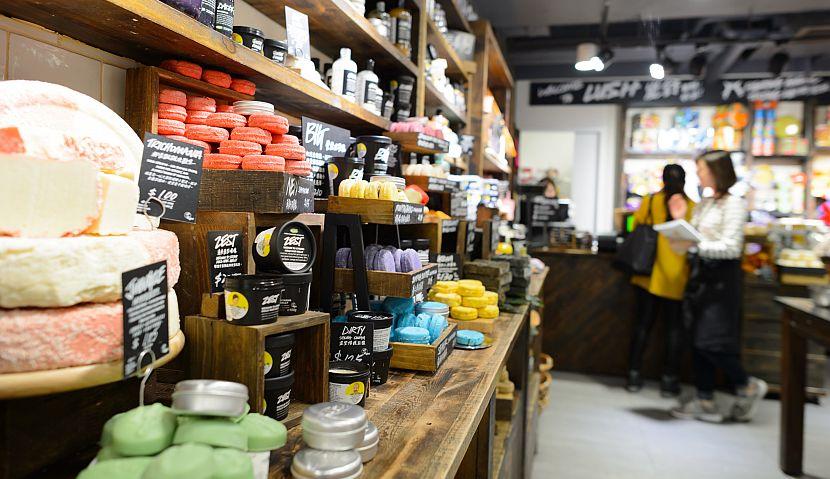 There has been a notable shift towards animal welfare over the past few years: since March 2013, it has been illegal to sell cosmetics in the EU which have been newly tested on animals, or indeed containing any ingredients that have been tested in this way. In addition to this, the use of microbeads in products has been brought into question (the tiny, spherical balls of plastic used in exfoliators are washed down our sinks and eventually into the ocean, only to be swallowed by fish). There are a number of brands who offer discounts on their products via a recycling incentive: if the consumer returns empty, re-usable pots to the store, they are entitled to money off of their next purchase. Slowly but surely, we are becoming more responsible in our choices - but more still needs to be done to alert these major brands into changing their ways, too.

By supporting cruelty-free brands (or indeed, those that don’t contain microbeads or harmful toxins that can affect our planet), the supply and demand for more harmful brands will gradually begin to decline. Sadly, it seems that some companies only care about revenue – by refusing to buy into cruelty, we will be signalling for change. Take a look at the list of companies below to find out how you can make a difference, by choosing cosmetics with a conscience. 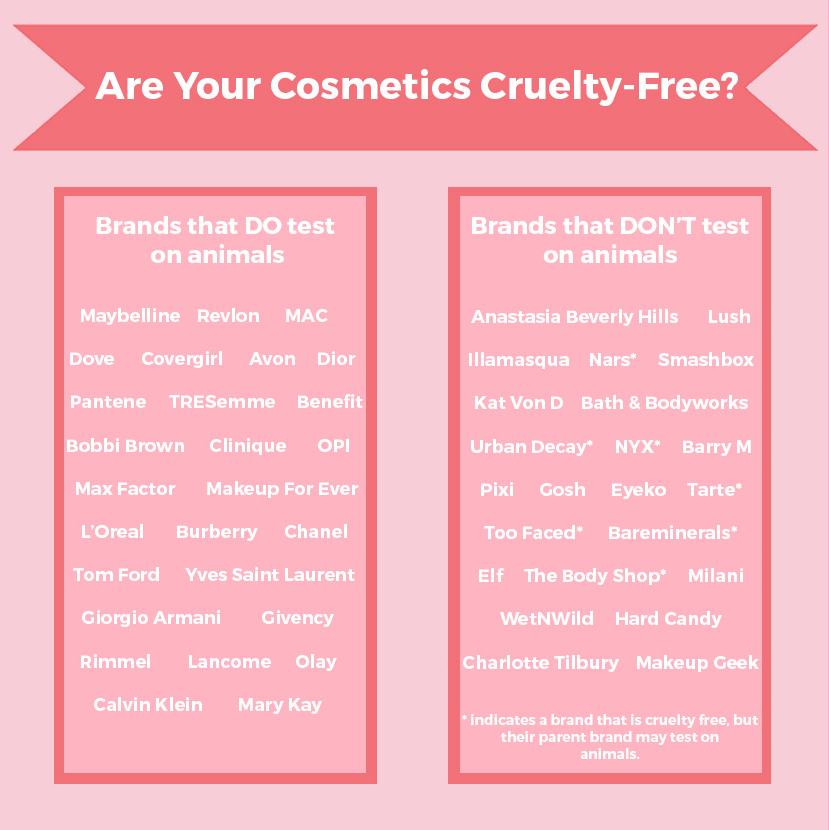 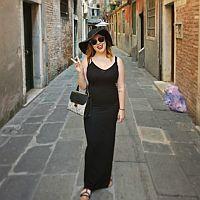 Leanne commented 4 years ago
Hi Courtney, Leanne from The Great Projects here. Thanks for the heads up! We love learning about cruelty-free cosmetics, and it's great to hear that GOSH Copenhagen are taking a stand :)
Reply

Courtney commented 4 years ago
GOSH Copenhagen is also 100% cruelty free, choosing not to distribute in China because of their laws. They are aiming to be 100% vegan in the future with many products currently being vegan friendly too.
Reply