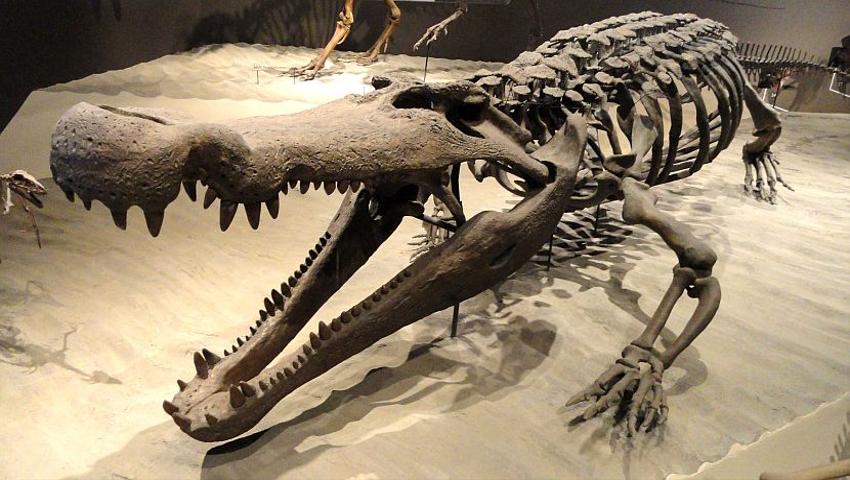 Halloween is the time of the year when we all enjoy getting a fright and watching a film or two to send a shiver down our spines. Seeing Freddy Krueger terrifying those poor teenagers in A Nightmare On Elm Street can be pretty scary, but we reckon that we can give you just as much of a fright by telling you all about some of the most terrifying animals ever to have walked (or swam on) the earth. Fortunately, all of these animals have long been extinct, but take a careful read through this list and see if you’d have been brave enough to stand up to the 7.5 foot Millipedes, or the dragonfly which had a two foot wingspan… 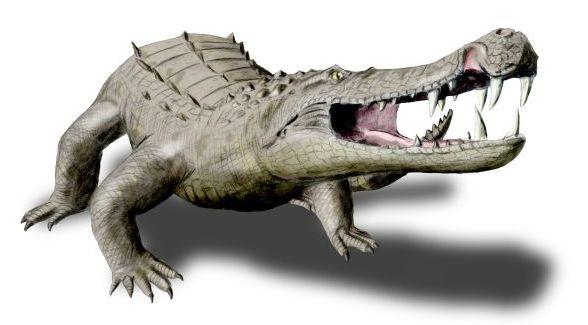 
We are beginning our list with one of the most ferocious animals every to have walked the Earth. This crocodile on steroids grew up to a length of up to 21 feet, and that is the least scary thing about it! Kaprosuchus is not like the crocodiles we know today. This beast chased down its prey using its four long legs and it would have been able to take down all but the largest of animals alive at the time. Once it had caught up with the poor creature it had decided was going to become dinner, things would all be over swiftly with a sudden bite from the boar like teeth that protruded from its mouth. 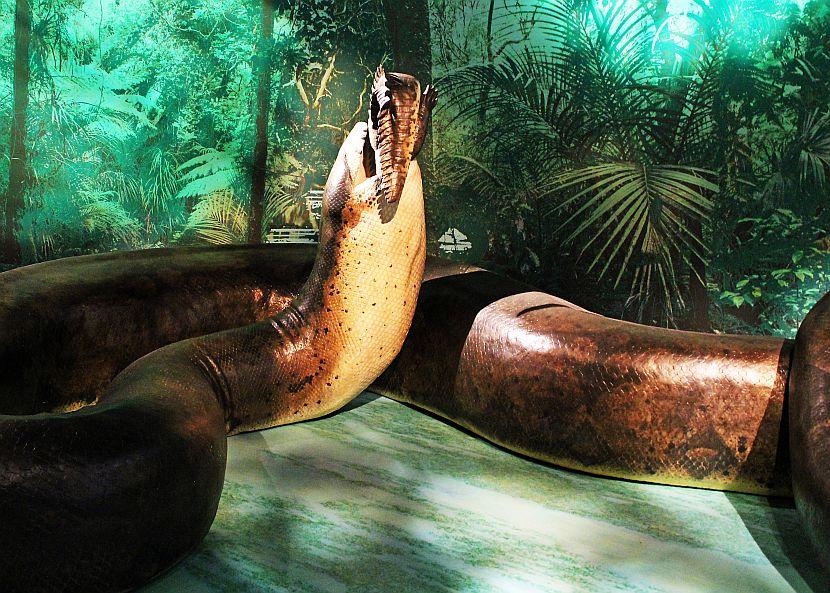 The incredibly creative name of this 60 million year old snake literally translates to “Titanic Boa” and when you see just how big it was you will see why it earned this moniker. Researchers have estimated that this monster would have been able to reach lengths of 42 feet and a weight of over a tonne. With the Earth being warmer on average back when Titanoboa was alive and well, this enabled it and many other cold blooded snakes to grow to sizes well beyond what is the norm now.

With the ability to swallow a modern day crocodile whole, it is safe to say that if Titanoboa was here today, cases of ophidiophobia (fear of snakes) would skyrocket! 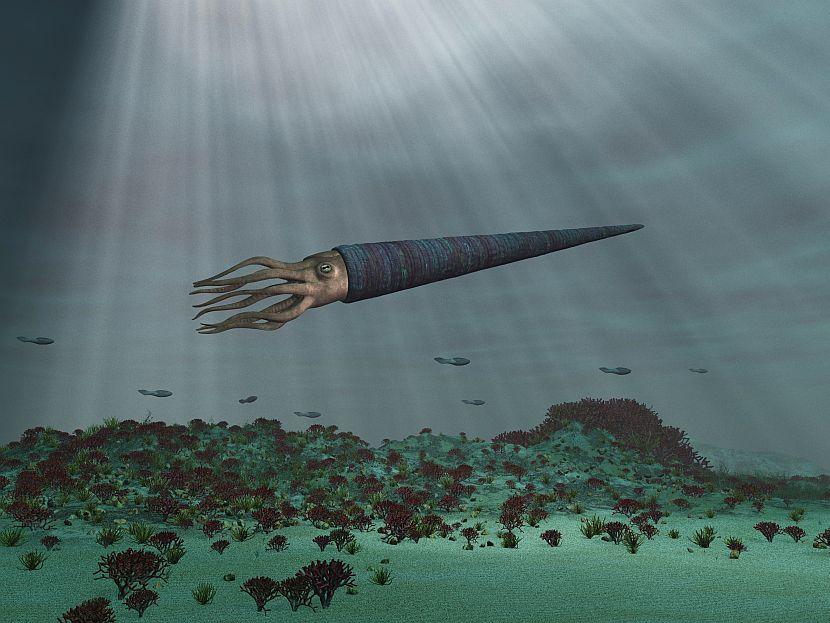 Continuing the theme of scary animals with extremely hard to pronounce names, the Cameroceras is the next creature on our list. Everybody has experienced the horrific feeling of a piece of seaweed rubbing against their leg when they are paddling and assuming they are going to be eaten by a creature of the deep. Well, if the Cameroceras was still alive today that fear may have been more of a reality.

This cephalopod made life beneath the waves a nightmare for any other animals unfortunate enough to be swimming around 470 million years ago. With a total length of 6m this ambush predator laid in wait for unsuspecting prey to swim past, and as soon as it did the tentacles and huge mouth were on it in a flash and that was the end of that!

Move over jaws, there’s a old guy in town… 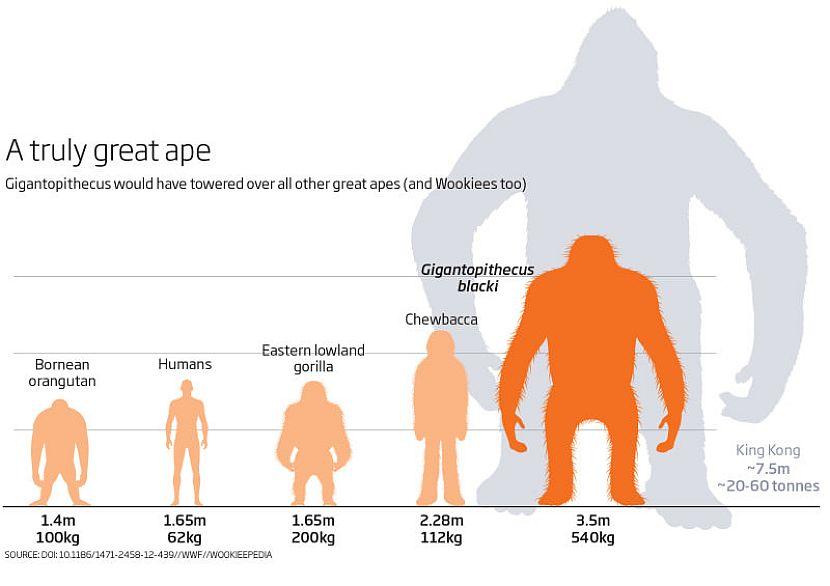 Moving a little closer to home, the Gigantopithecus was a huge and powerful ape that roamed across areas of Asia as recently as 100,000 years ago. They were the largest known apes ever to have lived, and standing up to 9.8 feet tall and weighing up to 540kg, they are roughly seven times as heavy as the modern orangutan. Now is the perfect time to remind you that modern day orangutans are up to seven times stronger than a male human, so I’ll let you imagine how powerful the Gigantopithecus would have been….

Fortunately, unless you were a piece of fruit or bamboo, you would have been safe from this massive ape as they were strictly herbivores. Still, seeing something this big appearing through the trees must have been quite a sight for our early ancestors.

Let’s set the scene. You are sitting down by the lake enjoying a picnic and just watching the world go by when, out of the corner of your eye, you see a couple of beautiful dragonfly swoop past before landing on a leaf. Now imagine that you are trapped in a living nightmare and those pretty dragonflies which you just saw are actually over 2ft wide and look like they are ready to eat you. This was the case approximately 300 million years ago when the Meganeura was terrifying the skies.

Whilst in your head you may be thinking “well it’s just a bug,” I would like to see you trying to catch a Meganeura with a glass and piece of cardboard after it had gotten in through your bedroom window….

In Greek, Arthropleura means Jointed Ribs, and whilst I’m not sure what my reaction would be if I saw 7.5 feet of jointed ribs walking towards me, I could guarantee it would involve a high pitch noise of some sort. These hellish millipedes may have been herbivores, but they were that large that they did not have any predators and were free to scuttle around the forest floor being generally terrifying.

Nothing needs that many legs. 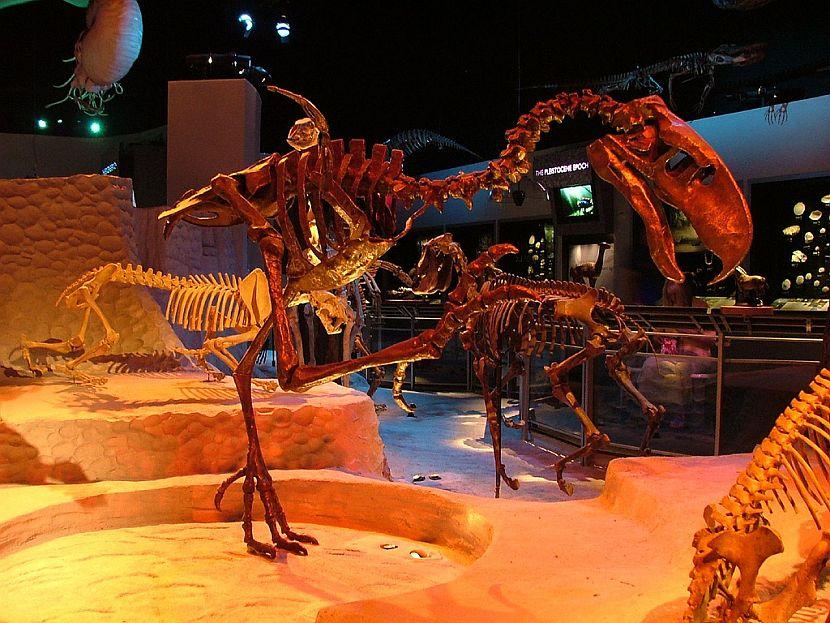 Phorusrhacidae may be a mouthful for us, but if they were still around now we would certainly be one for them too! Colloquially known as “terror birds,” these monsters were the apex predators in South America from 62 to 1.8 million years ago. The largest terror bird could measure almost 10 feet tall, and when they got a little peckish they would throw their prey down on the ground with incredible force before easting it whole. If they prey was a little too large for this then this was no problem either, as the bird would simply rip pieces of flesh from the poor animal with both its beak and razor sharp claws.

I never thought I would be typing this sentence, but thank goodness for the humble chicken. 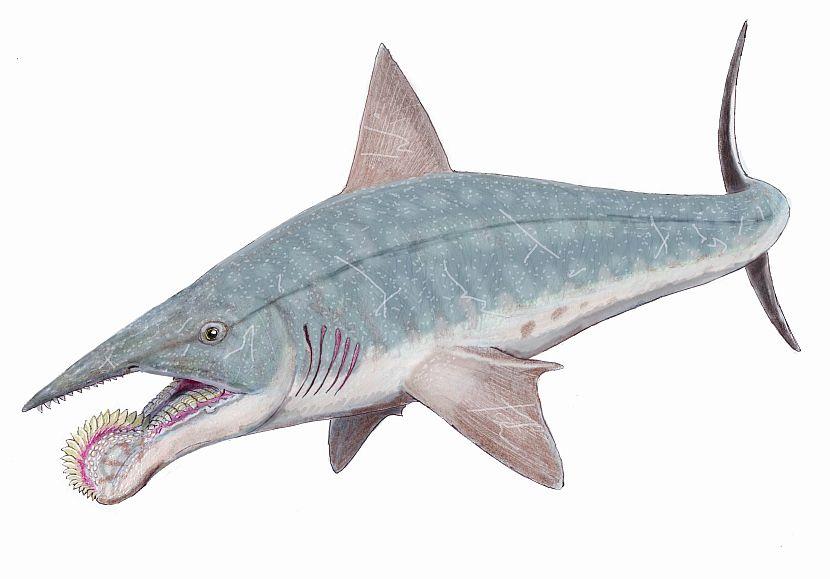 It might sound like a Pokémon, but the last thing you want to do is catch this fish. Sharing its looks with the modern day shark, the Helicoprion has one feature that really makes it stand out. Rather than just having the traditional terror of row upon row of razor sharp teeth, this fish also had a special “tooth-whorl” somewhere in its mouth. This was effectively a circular saw of teeth that were ready to be used as and when needed.

Scientists are still arguing over the location and exact purpose of the tooth whorl, but if there is one thing that definitely doesn’t make a 39 foot killer fish more frightening, it’s an additional saw like circle of mysterious teeth…. 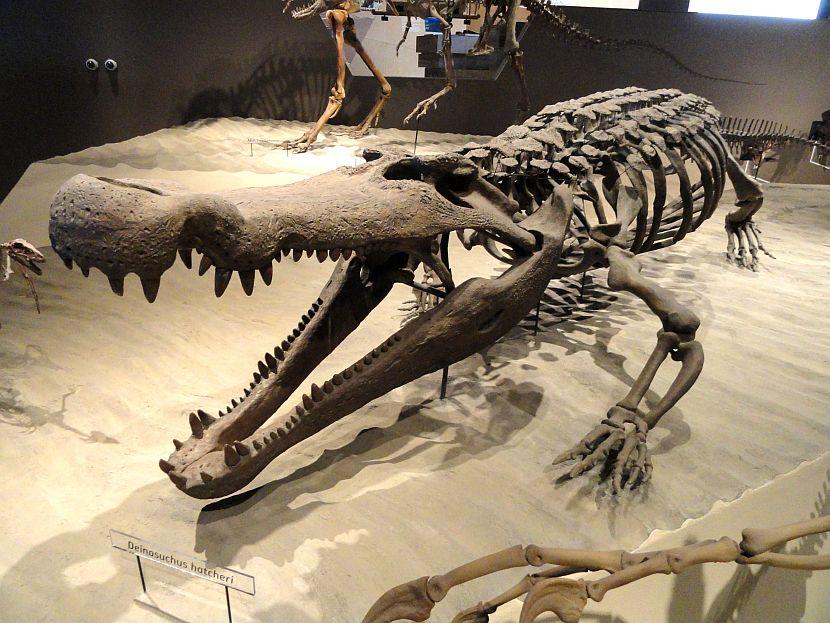 What’s scarier than an alligator sitting in wait in the murky waters of a river I here you ask? How does a 35 foot one lurking beneath the water sound? That’s what you would have been faced with if you lived around 80 million years ago.

You might be thinking you could outrun the beast thanks to its hefty 5 tonnes of weight, but with a huge 4 foot skull you might want to rethink this plan as chances are you wouldn’t get far without being snapped. The Deinosuchus snacked on various dinosaurs that were unfortunate enough to stoop down for a drink at the rivers they were in, so we should be thankful that these swimming nightmares haven’t made an appearance in the Thames or the Hudson!

Nature is scary there is no doubt about that, but I think we all need to take a step back and be thankful that we don’t have to contend with crocodiles that could swallow us down in one gulp, or a shark which had an ancient saw in its mouth. After researching all of these beasts, I for one am never going to be scared of a comparatively tiny spider again!