Why Are Bats Associated With Vampires? A Peek Into The Realm Of These Misunderstood Mammals This Halloween 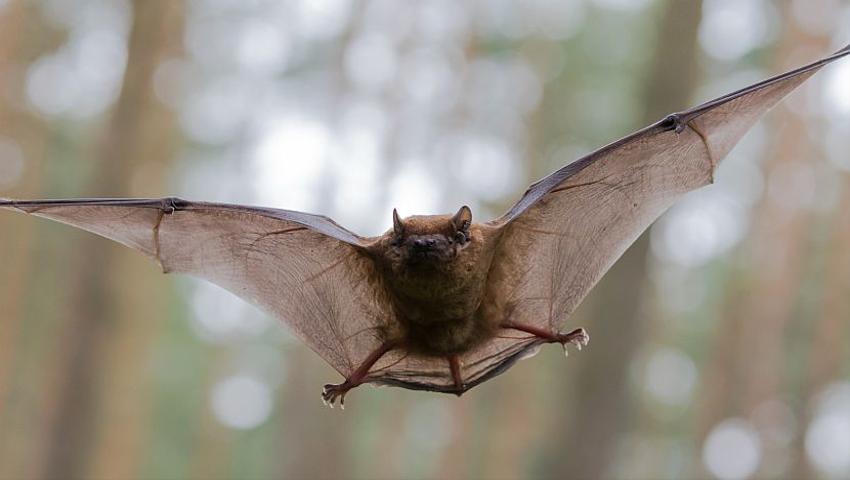 Halloween is fast approaching guys, and it is easily my favourite holiday, bar Christmas! (Because y’know, Christmas is the best thing ever ever ever!) However, there’s something about All Hallows Eve that basically makes me revert back to my childhood state, plus it’s the BEST excuse to eat sweets and watch horror movies, surely?

But I digress; today we’re here to chat about an animal that’s heavily associated with Halloween, and the champion of all dressing up outfits – the Vampire. We’ve all been there, glow in the dark fangs, fake red blood that stains your face for days after trick-or-treating, and of course, the trademark plastic bat that hangs from your shoulder. But WHY is the humble bat associated with vampires, and why are these fascinating creatures so misunderstood? The vast majority of people know barely anything about them, but never fear, as I am here to change that for good! Next thing you know you’ll want a pet bat… maybe.

So first thing’s first, which came first the bat or the vampire? Jokes, obviously the bat, especially as vampires don’t actually exist (right?). Bats have been part of our ecosystem for literally fifty MILLION years. Conversely, the concept of vampires has only been part of the equation since Ancient Greece, although the modern day interpretation has only been around since the early 1500’s. However, the beginnings of the vampire-bat association are relatively simple. When the Americas were discovered by Europeans in the late 15th and 16th Centuries, explorers found the presence of the ‘Desmodus Rotundus’ in Central and South America, the creature that would later become known as the ‘Vampire Bat’. The reasoning for the name is simple; these particular bats feed on blood – as did the mythical Vampire, which was popular in early modern European folklore at that time. Many European explorers came across the creatures and wrote accounts of their experiences with said vampire bats, which usually involved a lot of blood. Although as was the norm in writings those days, many of these accounts will undoubtedly be vastly exaggerated. 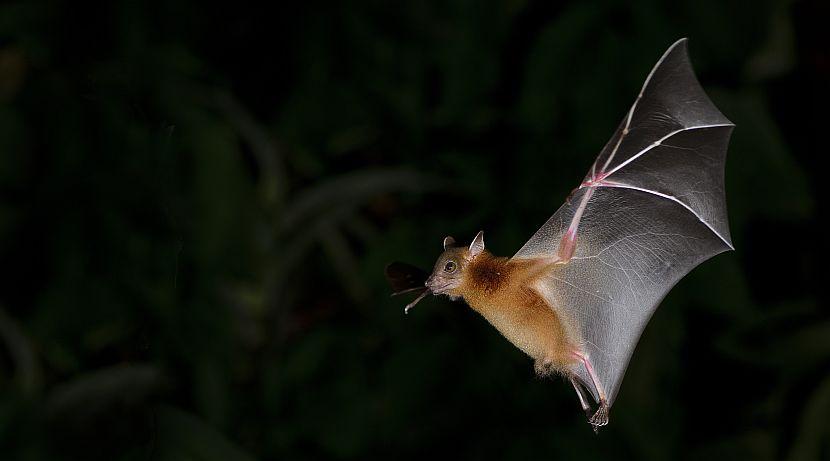 It wasn’t actually until 1810 that the name became official and the term Vampire Bat was born. The majority of people are probably relatively surprised at the notion that Bram Stoker’s Dracula wasn’t involved in the naming of the vampire bat, most likely presuming that it played a significant role. However, Dracula wasn’t actually published until 1897, so whilst it plays a huge part in why bats are associated with vampires, it is not the initial reason. The immense popularity of Dracula, both the original novel and entertainment based on it in later years has cemented the link between bats and vampires, most likely for many more years to come. Stoker’s depiction of bats is vastly exaggerated, both in terms of size, power and obviously the fact that bats are able to turn into vampires, funnily enough! But the general knowledge of bats sucking blood (they actually lap it up rather than suck, don’t you know), and their nocturnal behaviour, is where the similarities end.

Making up 20% of our mammal species, there are actually only three species of bat that partake in the consumption of blood (oh the irony); and there are over a thousand other species that just consume insects and fruit. Bats have been cornered by folklore and its myths, and are unfortunately truly misunderstood creatures in the world today, thought to be creepy instead of cool. But they ARE cool, bats are bad-ass, and so, so important. First of all, they are vital to our ecology, having the important task of pollinating flowers and seed dispersal. They fill up our landscapes with the bounty of fruit and flowers, just as much as the celebrated bee. Bats are also the prime pollinator of the agave plant which is where we’ve been distilling tequila from for hundreds of years – no bats, no tequila! A tragedy, if you will.

They are also super important because of the sheer amount of insects they eat. Bats are a source of natural pest control because of their dietary choice, and they devour insects like nothing else. For example, Britain’s most common bat, the Pipistrelle (cute name, right?) eats up to 3000 insects in one single night. Greedy! PLUS, those particular bats are teeny tiny in size, just 5cm long maximum! So imagine how many insects a much larger bat could snaffle, around a thousand an hour apparently! Underneath the Congress Avenue Bridge in Austin, Texas there are approximately 1.5 million bats that live there, and every night they consume at least THIRTY THOUSANDS POUNDS of insects?! Isn’t that incredible? Take a look at this fascinating video by National Geographic to see a similar case!

I’m also here today to dispel a common myth which is mentioned alllllll the time, without you probably even realising (I actually say it a lot, ooops). The term ‘as blind as a bat’, doesn’t make that much sense really. You know why? Bats aren’t blind, people! They can see just fine. However, at night and to hunt, they use sonar (just like whales) to navigate. This particular type of sonar is called echolocation, and it’s very clever. Bats emit high pitched sounds which bounce off objects such as trees and houses, then is delivered back via echo to the bat in question. That echo means the bat can determine size, shape, texture and if the object is moving. That is definitely a superpower in itself! 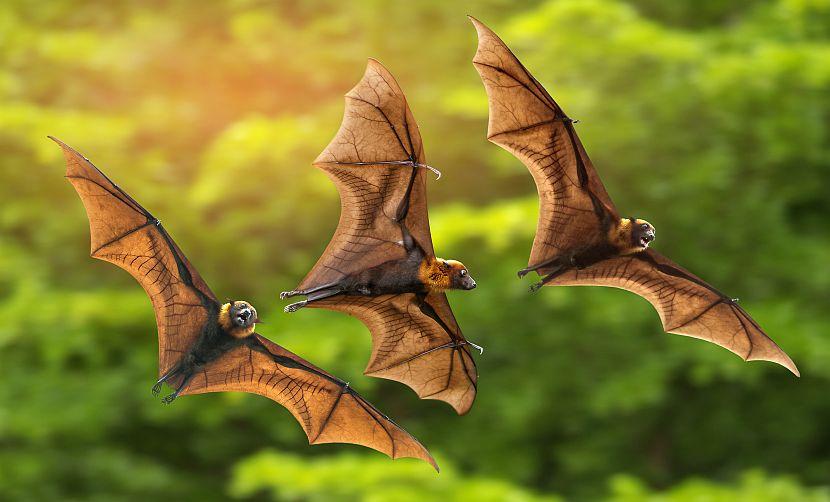 Another case for why bats are underappreciated and misunderstood is an odd one. But hear me out – bat droppings are precious. Yes, you read that correctly. Ace Ventura fans might know what on earth I’m talking about but if you don’t, read on! Bat droppings, or Guano, are an extremely rich fertiliser due to its extremely high levels of nitrogen, phosphate and potassium, and it’s widely used all around the world in farming. At one point it was Texas’s largest mineral export until oil took over – crazy!

So, after reading my ramblings, I’m sure you can see that the beautiful bat really is a misunderstood creature; one which deserves much more praise and recognition for the important role they play in our ecology. But bats are sadly under threat across the world, with issues such as simple building works affecting their habitats (known as roosts) and farmers using pesticides which are in turn affecting a bat’s food source. In the US and Canada, a fungal disease referred to as White-Nose Syndrome (WNS) has killed at least seven million bats (last counted in 2012) and is still rapidly spreading across the United States with 33 states now infected. As a consequence of this disease, it was estimated in 2008 that at least 2.4 million insects will not be eaten as usual, therefore developing into a huge issue for farmers with regard to pest control. According to the Washington Department of Fish & Wildlife, bats save US farmers alone $3 billion annually in pest control – a huge figure, and a huge problem. If you’re interested in finding out more, give this a watch!

Ultimately, as you can see, bats are more than simply Halloween mascots, and they have much more to them than simply being the best bud of a vampire. They are super important for ecology across the world, and not at all scary like some people suggest! Recently there has been a call to protect bees, because of the amazing contribution they make to the world we live in, but I’m calling on you guys to do the same with bats! They are seriously neglected in conversations about conservation, but they do need our help! If you’re feeling sorry for the brilliant bats that roam our skies (and attics), then do something to help if you can. The Bat Conservation Trust offer lots of ways for you to help, so get on it!

Nevaeh G. commented 1 year ago
This is good information for people who, for one, don't believe in vampire bats, and for two, think they'll turn you into a vampire. Ha! Please. Vampires aren't real. (Though I wish the Claes Bang version of Dracula was.)
Reply

Margie commented 2 years ago
Thank you for the explanation regarding the Bat's. Why did the Film industries used the Bats in Vampires as a Satanic Vampire's creature to harm Human especially young females n
Male too?
Reply

Mark commented 3 years ago
Are you tired of being human, having talented brain turning to a vampire in a good posture in ten minutes, Do you want to have power and influence over others, To be charming and desirable, To have wealth, health, without delaying in a good human posture and becoming an immortal? If yes, these your chance. It's a world of vampire where life get easier,We have made so many persons vampires and have turned them rich, You will assured long life and prosperity, You shall be made to be very sensitiv
Reply