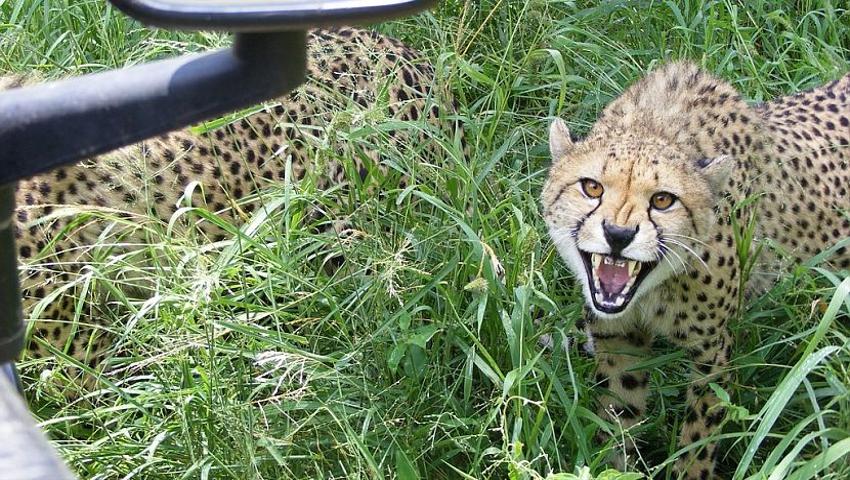 The 'Askari Wilderness Conservation Project' is one of our most popular South African projects, and it is always fantastic to hear what staff and volunteers out in Pidwa Game Reserve have been up to! This week for our blog we have been sent through the most recent news from the team at Askari – and they have certainly got a lot to talk about! Have a read of the content below. 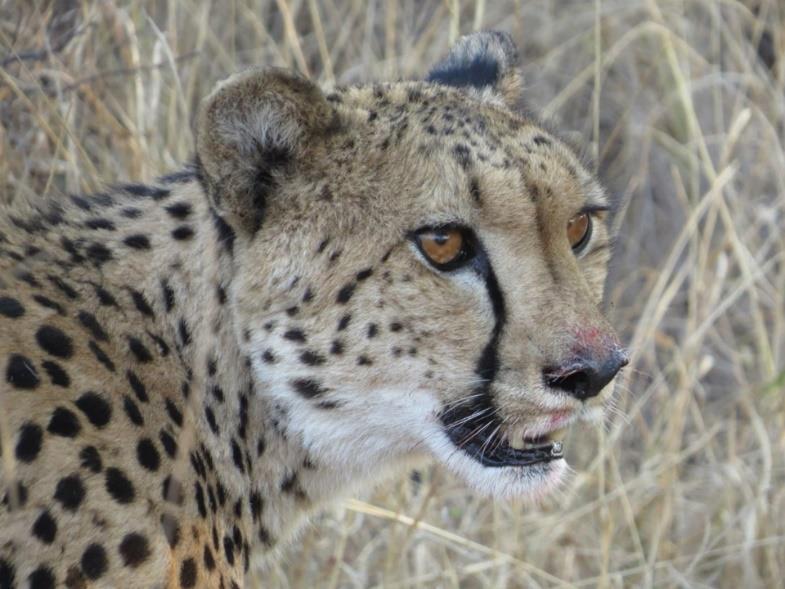 Pidwa is fenced around its entire perimeter with a 2.5 metre high electrical fence with live wires carrying a voltage of at least 6000 volts. Our fences have a couple of purposes – mainly to keep people (particularly poachers) out and to keep the animals in! Well, this month, the animals were determined to prove the fencing was insufficient when both an elephant and a lioness ended up crossing through the fence to see if the 'grass really was greener on the other side'.

Our first animal that popped up in the wrong place was and elephant…he was a visitor from our neighbours on the reserve next door! The bull had broken through two fences in order to reach the plains of Pidwa in a bid, we believe, to meet some new ladies! Unfortunately, he was not able to stay, so our normal day to day plans were postponed for a couple of days whilst we helped search for the visitor. Once located, the helicopter and vet were called in. The male was darted and loaded onto a truck, then driven back to exactly where he had come from! It was incredible to see him so close and it is always a great privilege to be up, close and personal with such a giant beast. 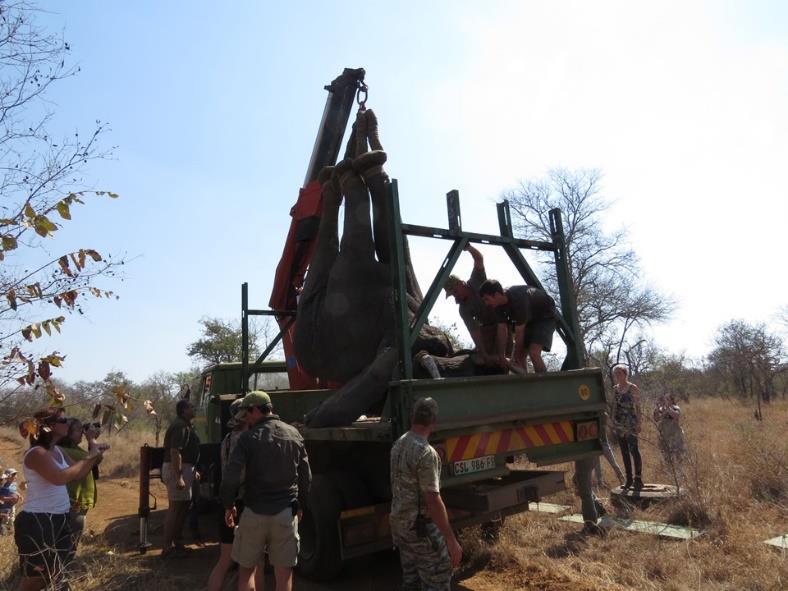 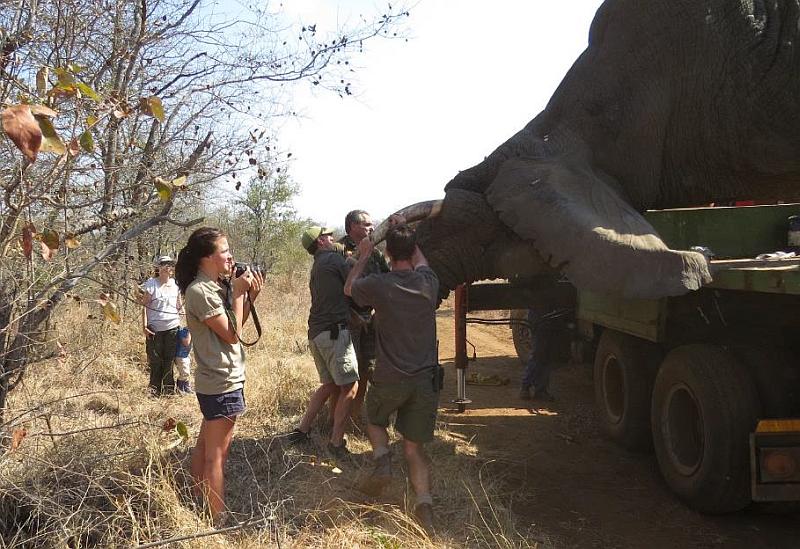 Later, we spotted some lion tracks on 'Langa Langa' – a smaller section of the reserve where lions are supposed to be absent! It wasn't long before the perpetrator was found – one of the lionesses from the Askari pride who had somehow made her way across the internal fence. Luckily, she was already close to the gate – all we needed was the sweet smell of an impala carcass and some vehicles to help persuade her back into the open Pidwa system. 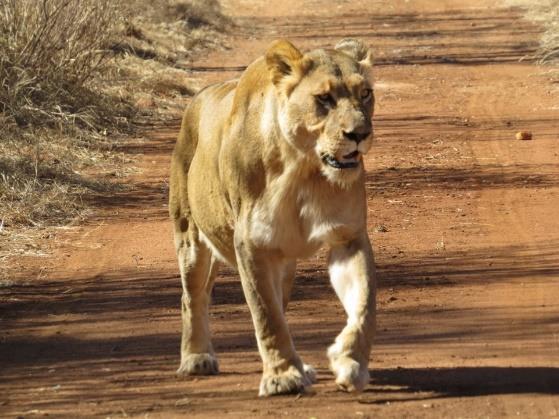 The team carried out some fantastic road maintenance this month, repairing damage caused by the rains which we had back in March. Huge gullies were created which we needed to fix before the next rains inevitably come. The bulk of the hole is filled with small rocks collected from the river, and then gravel is collected and used to full in all of the gaps. It is hard work but really helps rectify the problem! 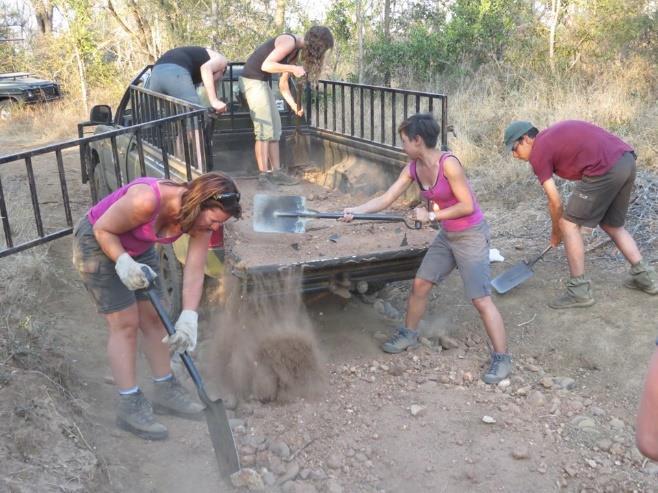 The volunteers have also been helping out extensively with fence maintenance – painting them to protect them from rust and termite damage. It is also a great time of year to spot the alien 'prickly pear' plants which are killed with an injection of MSMA herbicide into their succulent stem. 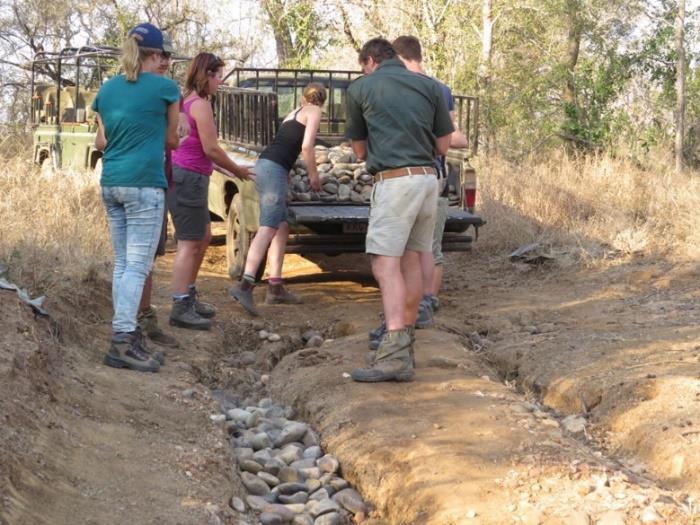 Our tree protection initiatives continued in the area surrounding the Nyala (a type of antelope) shed – which has recently taken a hit from the visiting elephant herds. What's more, during an anti-poaching patrol this month it seemed like we were hot on the trail of a leopard with fresh tracks being seen! Keep your eyes peeled for our next updates to see if we spot it!

We started this month with a fantastic sighting of female cheetah 'Naledi'. She had killed an impala close to the sable breeding camps and allowed us to watch as she devoured her meal. There were a couple more sightings during the month including a great moment where she tried to cross the river without getting her feet wet! Check out the video on our Facebook page to see her in action! 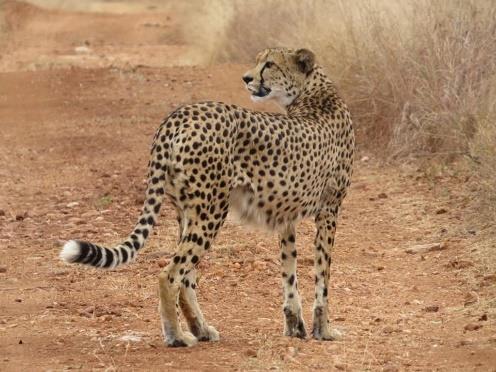 The buffalo on the reserve had a rude welcome this month when the lions discovered them. We left the house to find the local male coalition 'Tembe' and 'Gwala' on our driveway, eyeing up potential breakfast on the other side of the fence! They certainly didn't expect what came next however when the buffalo lined up and charged at them! Both lions scattered into the bushes – a little perplexed that their prey had just chased them…surely that should have been the other way around?! 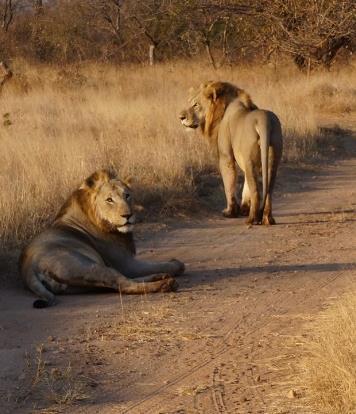 We also managed to spot a pair of klipspringer at the Langa koppie – the first time that they had ever been seen! Of course, we still had regular sightings of those sweet little spotted hyena cubs – mum was about of course!

We also were fortunate enough this month to enjoy a fantastic array of the many owl species that called Pidwa home. These included regular sightings of the Verraux's eagle-owl pair who are nesting near the end of the Askari driveway and the first ever Southern white-faced scops owl spotted by the team! 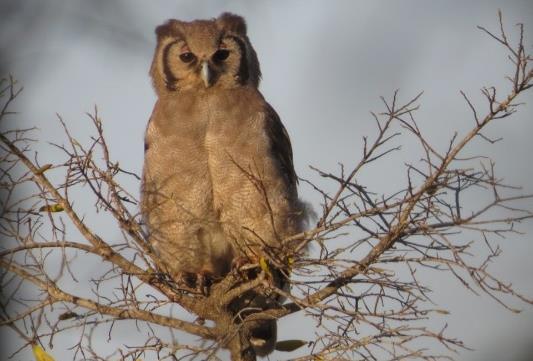 This month we said a very sad farewell to our longest standing staff member – Joe. Joe was with Askari from the very start. It was always our dream that Askari would be the start of something special. We envisaged a future full of volunteers who believed in the importance of our wilderness just as much as we did. This November, Askari will be seven years old, and Joe has been there from the beginning. After seven years with the Askari and Pidwa team, Joe has moved on to his next adventure, having been an integral part of the success that Askari is today and leaving behind a fantastic legacy. Many of you spent your time at Askari alongside Joe, no doubt enthralled by his wealth of knowledge and infectious passion for the bus. We wish him all the best with the future and for his dedicated commitment to Askari over the past seven years. 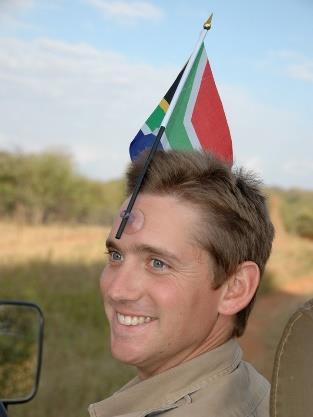 Although it is really sad to lose Joe, it is an exciting time to introduce our new Askari staff member Edward. Ed started on Pidwa in January this year to complete the practical part of his Nature Conservation Studies. Starting as a member of the reserve management team, Ed was quickly snapped up to join the Askari staff when the position opened up. It was evident from his fun-loving personality and passion for the bush that he would be perfect in the role of teaching – sharing his love for nature and Africa with others. 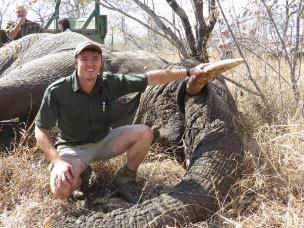 Wow – a busy couple of months at Askari then! If you would like the opportunity to join this South Africa wildlife conservation volunteer project and make a real difference to integral conservation (as well as spot some fantastic wildlife of course), then please don't hesitate to get in contact with us via the 'Enquire or Book Now' button on our website page, via email ([email protected]) or via telephone (+44(0)208 885 4987) – TGP Team.