9 Nightmare-Inducing Wildlife Species To Scare You This Halloween! 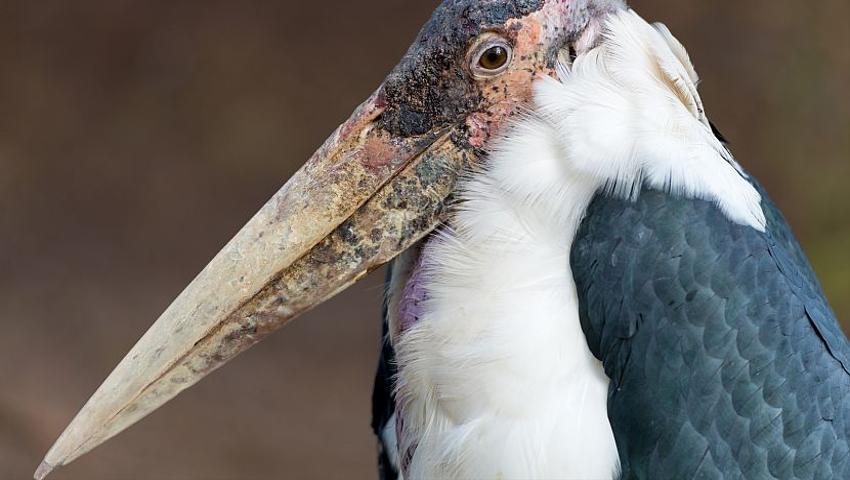 Happy Halloween! In light of this spooktacular holiday, The Great Projects are here to provide you with some bone-chilling animal facts. From shrill-sounding shrieks, to critters with some seriously creepy superpowers, we’re going all out with the festive freakiness! First up, take a look at the following animals...if you dare...

Also known as the ‘marine hatchetfish’, this deep-sea dwelling creature has one of the creepiest appearances of all. Just look at them – that’s hardly a face you’d like to meet in a dark alley, is it?!

There are over 40 species of hatchetfish, though there’s no need to fear bumping into one at every turn: first of all, you’re unlikely to ever share a splash in the ocean with these guys (they live far below the surface!); secondly, they’re incredibly tiny. The biggest species only grow to around 6 inches, and they tend to snack on other small-fry such as plankton. 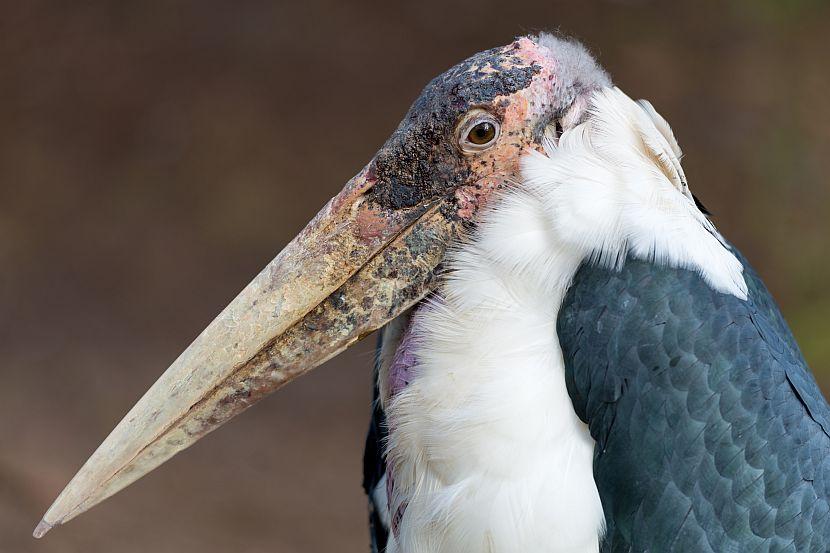 Is it just me, or do marabou storks look as if they’re always plotting something sinister? The sly eyes, the tucked-in ‘chin’, the Mr Burns-style hairdo (or lack thereof)…these guys give me the creeps.

They might not be as obviously terrifying as the hatchetfish (or any of the animals from last year’s list, for that matter), but hear us out. The marabou stork is one bad bird.

As ill-tempered as it is unattractive, the 5ft marabou is infamous for its scavenging behaviours, its bald head enabling the bird to enter a corpse without getting matted with blood. Opportunistic and greedy, the marabou will eat anything from fish to reptiles, small mammals to much bigger ones, and even fellow bird species…such as flamingos. Eek!

Hailing from north-eastern Australia, the tube-nosed bat is unlike most other species in its family. Its raised, tubular nostrils stand out amongst the crowd, and its amber-coloured eyes will stare straight through to your soul. Are the they ugliest animal around? Well, not really – I actually think they’ be kind of cute, given the right angles! – but their odd features are considered by many to be quite unsettling.

Again, though, there’s really no need to fear the tube-nosed bat: this fuzzy little mite loves nothing more than nibbling on fruits and flowers, and they are valuable to seed dispersal and pollination. 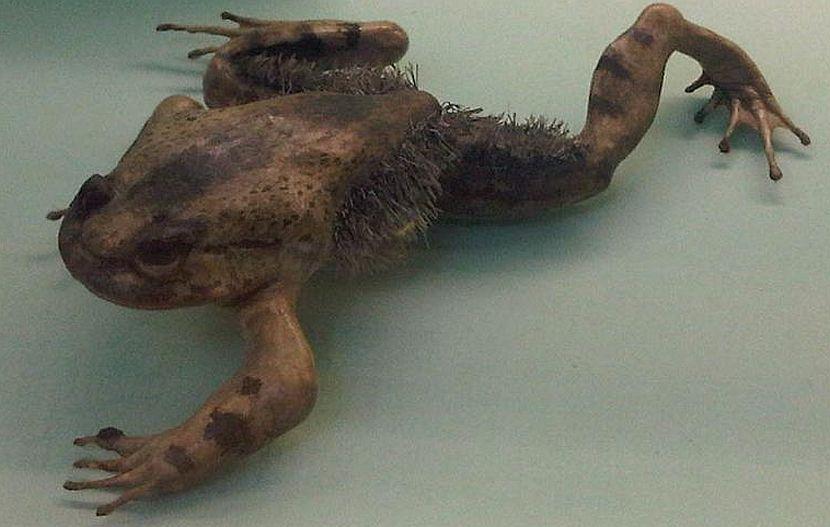 Contrary to its name, the hairy frog is actually completely hairless – rather, its name comes from the ‘somewhat hair-like’ dermal papillae, seen on its flanks and thighs.

From birth through til adulthood, hairy frogs are downright frightening: as tadpoles, they are muscular as well as carnivorous, and come full-equipped with horned teeth…several rows of them. But it’s the traits of the adult hairy frog which are truly spooky – particularly, their bone-cracking abilities.

When feeling threatened, the hairy frog is able to crack its own toe bones before pushing them out through their skin, forming sharp claws which can then be used to ward off attackers. Wolverine, eat your heart out!

What’s creepier than an animal that uses its own bones for weapons? How about a creature than can spew out its own (often toxic) organs in the midst of an attack!?

It’s not unusual for echinoderms to regenerate lost limbs (though it is still pretty amazing.) Some sea cucumber species take this a step further in that, when threatened or approached by a predator, they will expel their internal organs (through a process known as evisceration) in defence. These organs are sticky and sometimes contain a toxic chemical, so at the very least their opponent will end up stuck in a sticky situation, or will succumb to a nasty death. Yikes. 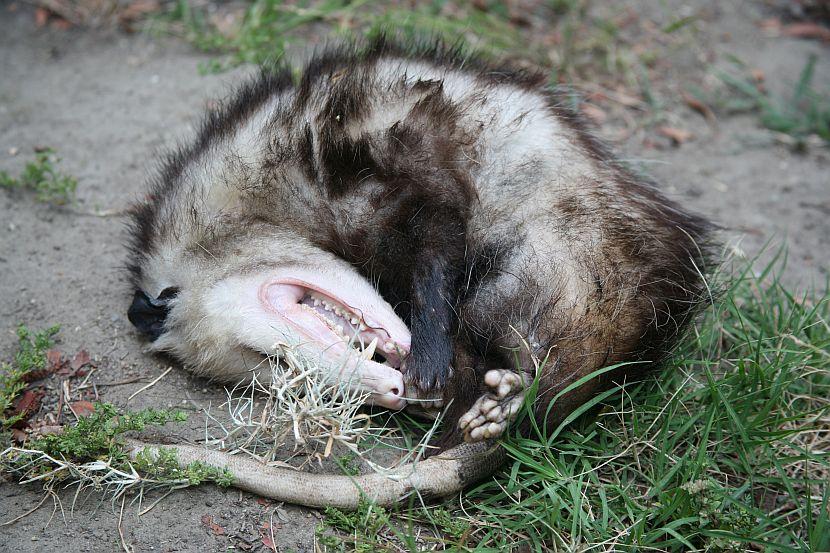 Ah, the opossum (or, in some parts of the world, the possum.) Sometimes the butt of the internet’s jokes, this animal is an odd little prankster itself. Or is it?

There is some dispute why opossums ‘play dead’ – some think that it’s voluntary; others, not so much. Studies have shown that opossums may fall into a comatose-like state, which tricks predators into thinking that they’re dead. A little counter-productive, being that an already-deceased animal is an easier dish to devour, no? Well, that’s not all the opossum can do. They also begin to emit a foul, corpse-like stench, which dissuades any would-be predators from wanting to guzzle them up. Clever? Yes. Disgusting? Absolutely.

Have you ever heard an elk bugling? No? Well, luckily for you, some kind soul have put together a compilation of such clips...

Let's admit it: a blood-curdling scream is NOT the kind of sound you'd had ever expected to come from an elk, is it? 2:13 onwards in the video just above is particularly chilling. Oddly, female elks are seemingly attracted to such shrill sounds, with their preferred mate bugling the most and at the highest volume. I mean, whatever works for you, lady...

Try not to jump when hitting 'play' on the video above - the sound a fox makes is really something else! If you're not convinced of the legitimacy of the clip we've provided, head here to see another example of a fox screaming bloody murder.

Ready for something truly frightful? We dare you to click 'play' on the video above. Though usually quite disarming, barn owls can be terrifying birds when they want to be. The vacant eyes, vicious hiss and imposing body language of this particular owl is enough to keep you up at night. Sweet dreams...