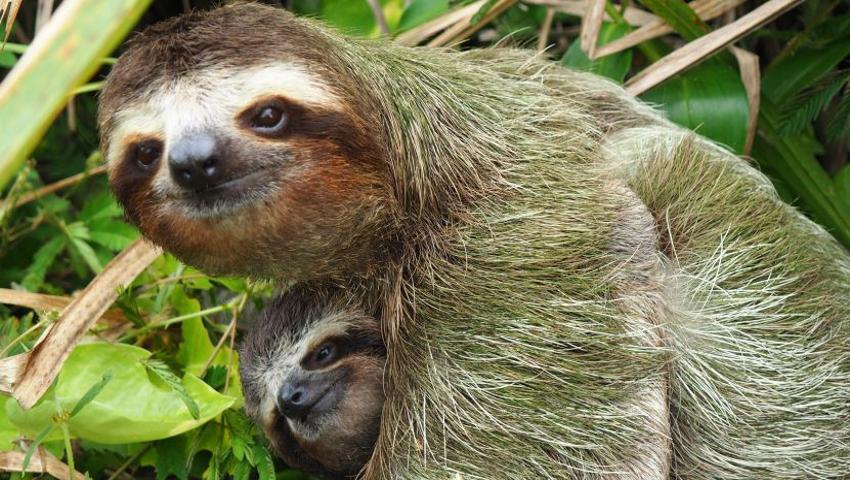 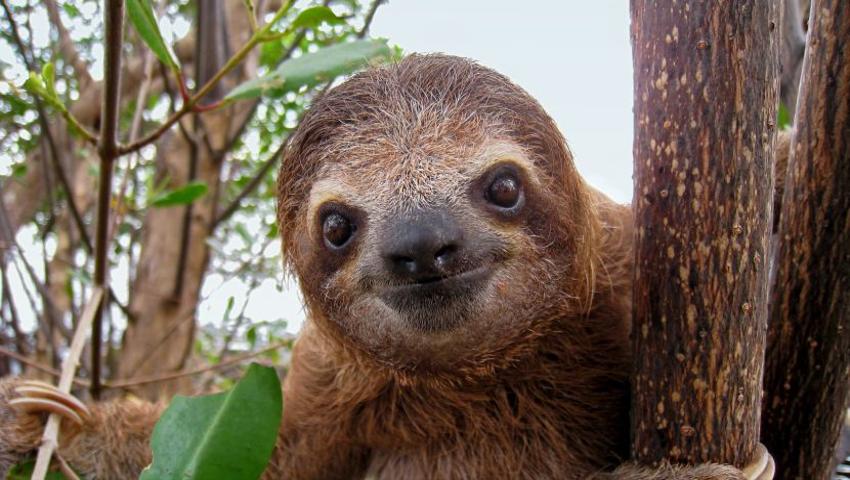 It's Monday once again, and to lift your spirits we wanted to bring you some truly weird and wonderful sloth facts that you may never have heard of before. Sloths are a unique wonder of the earth, associated with slow pace and laziness, so liven up your sloth knowledge with some mind-blowing information! 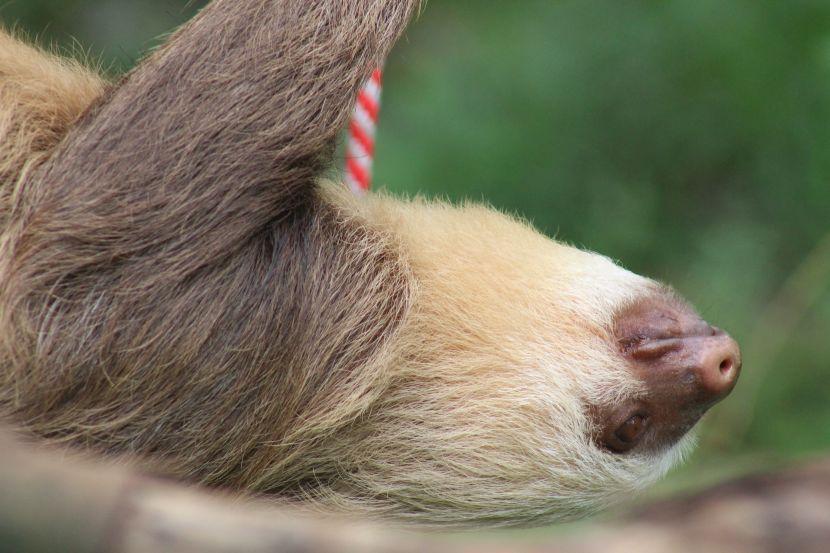 One: the most slothful part of the sloths is their insides!

Sloths have such a slow metabolism, and feed on leaves that lack nutrition and energy. They’re not just plain lazy, they just haven’t got the fuel to be speedy! It can take up to 30 days for a sloth to digest just one single leaf… yep you read that right, 30 whole days. A month! 1/12th of a year! So next time something isn’t going down well with your stomach, stop your complaining! At least it won’t still be there in 30 days’ time… 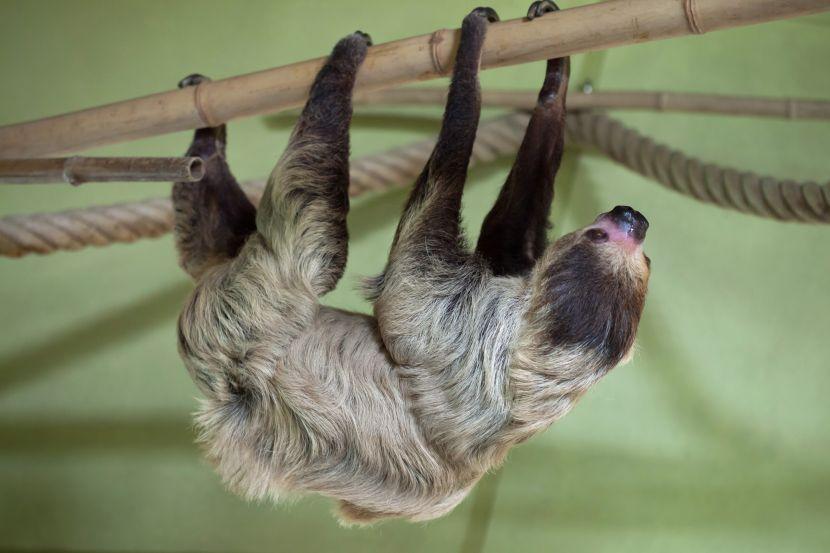 Two: Sloths Urinate and Defecate just once a week

Now we know that sloths have possibly the slowest metabolisms EVER then it is pretty unsurprising that they only go and do their business once a week. In fact, this is one of the only times they ever venture down from their leafy and branchy abode. This is because their slow pace makes them vulnerable to predators even half their size such as owls. They mate and give birth in the trees, but they appreciate a little more privacy when it's time to use the loo. Once they have relieved themselves, they can be up to 3 times lighter! 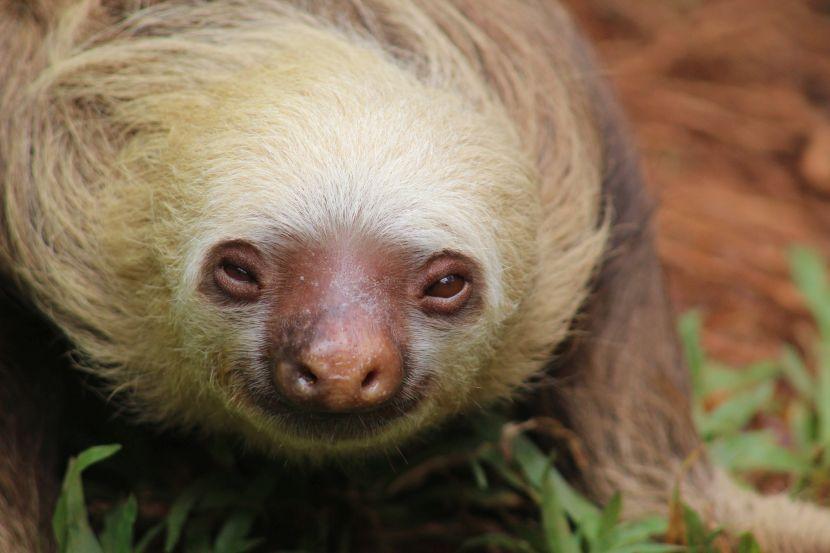 Three: Sloths are an entire ecosystem unto themselves

Sloths home other animals such as moths and beetles in their fur. A theory states that this could be one of the reasons why sloths do sluggishly sail down tree trunks to go to the loo, as it is mutually beneficial to the insects that live in the sloth, and the smiley faced fellows themselves! For example, female moths make home on three-toed sloths, and when it’s time for them to perform their weekly duty, the moths get off and lay their eggs on the fecal matter, where the larvae can survive until they are ready to go find an active sloth. In return, moths aid the cultivation of algae, which also clings to the fur of sloths for camouflage and also provides extra nutrition for them. The presence of moths is important for pollination and testing the health of the environment as they are very sensitive to change. By providing them with a warm and fuzzy home, sloths aid the sustainability of the environment in this way. 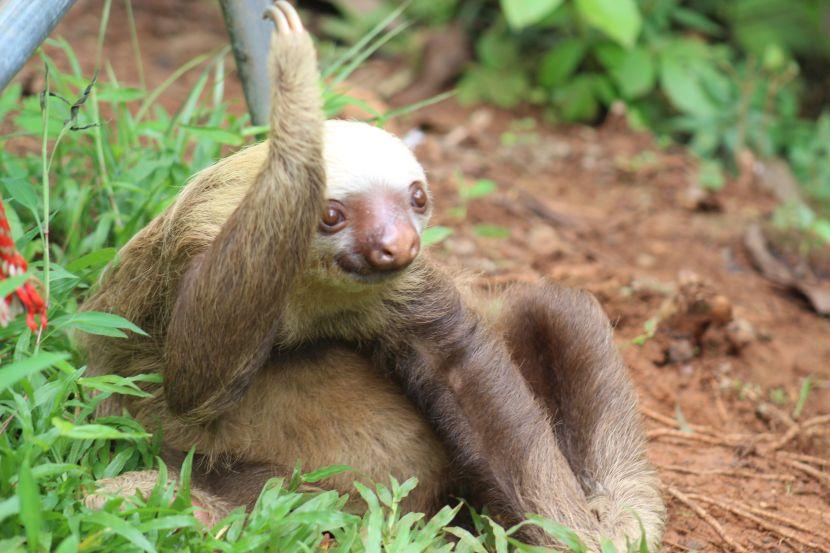 Four: Some Sloths Remain Gripping Their Tree Even When They Are Dead

As we have quite clearly already established, sloths are designed for life in the tree tops, sleeping for most of the day and often remaining motionless even when awake. Sloths can live to be 40 years old in the wild, which is such a long time to be lounging in the treetops that the tree balances their entire being. Their muscles and limbs are so strong and adjusted to life in the trees, that it has been suggested that some sloths retain their grip on the trees after they have died! 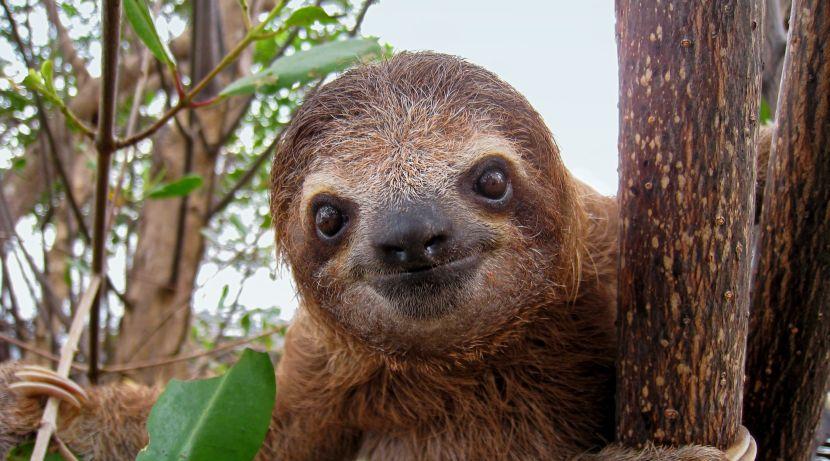 Speaking of death and eeriness, who remembers that scene from the Exorcist when the little girl turns her head all the way around? Well, sloths can pretty much re-enact that scene, but in the most adorable way possible. All mammals have the same amount of vertebrae in the necks regardless of species, however over time, three -toed sloths and manatees have evolved to be the only exception to this rule, as they have more than everyone else! Two-toed sloths have 5-7 vertebrae, but the three-toed sloths have 8-9, giving them such acrobatic ability. 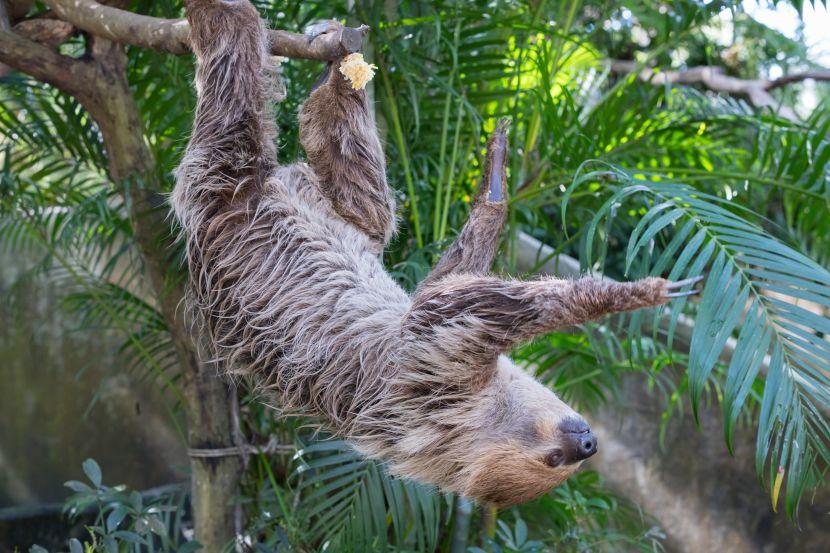 Six – There Used To Be Gigantic Sloths

The sloth descends from an ancient group of mammals called Xenarthra who evolved in isolation around 80 million years ago. This particular group included a colossal sloth who lived on the ground, and is said to have been as big as a rhino weighing between 4 – 7 tonnes! This great sloth roamed the earth as early as 10,000 years ago and is named the Megatherium. They were resident to what is now South America, and were like their future descendants herbivorous, but palaeontologists have suggested the giant sloths could have been opportunistic carnivores whenever the need arose. 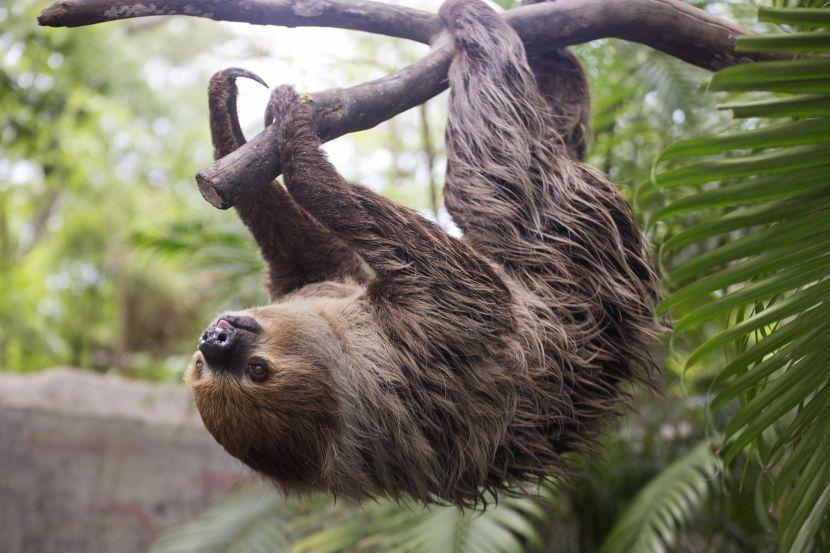 Seven: A Dead Three Toed Sloth Was Once Mistaken For An Alien In Panama City

In the Cerro Azul region of Panama, a group of teenagers were terrified when they came face to face with what they thought was a mysterious unidentified creature. They ran to get help and upon return found the deceased creature laying on a rock and took photos of its carcass. Of course in the digital age it went viral, and was nick-named “Panama E.T.”. All I can say is that it was very anti–climatic when a biopsy revealed the poor soul to be a three-toed sloth. It had previously died in the river, and the water had turned its skin almost translucent and caused all of its fur to fall out. Don’t believe me? Watch the Youtube Video of the whole thing below!

Some of these facts have weirded us out, some of them have made us fall about laughing, but one thing for sure is that we now have a much greater appreciation for these enchanting creatures!