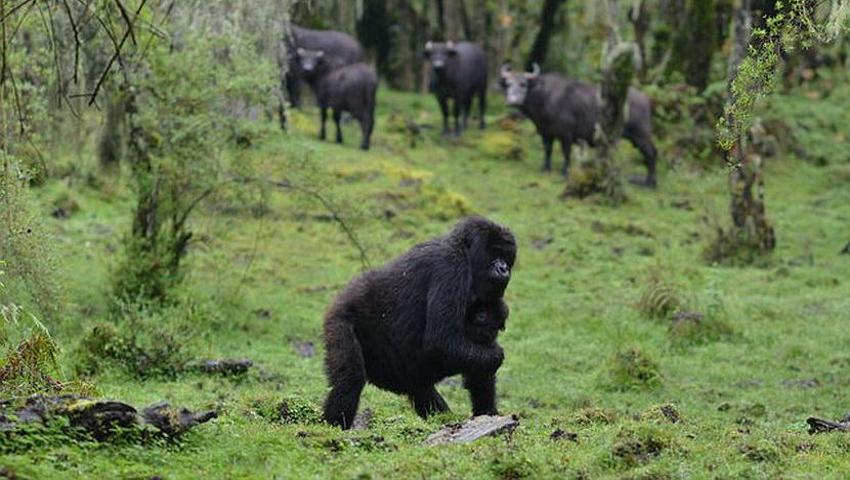 As we approach the end of the year, we are looking back at some of the major news stories to come from the animal kingdom over the last 365 days. There have been plenty of interesting, amusing, and even upsetting stories shared in our monthly News in Review articles, but before we say goodbye to 2017, join us in reflecting upon the year’s most compelling stories. 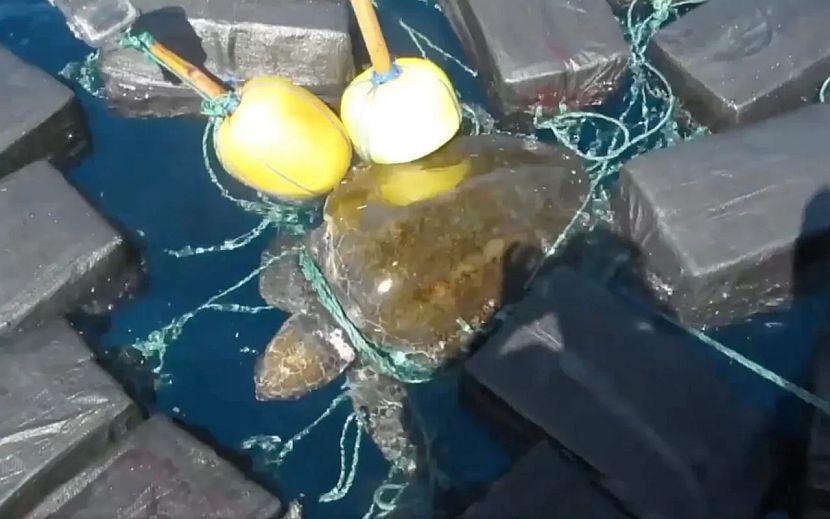 As the most recent story on our list, news regarding a sea turtle found along the Central American coast, trapped between bales of drugs, is certainly one of the most troubling reports of this year.

The struggling specimen was discovered by a boat crew during their 68-day counter-drug patrol, with the team spotting the turtle whilst investigating a debris field. Upon their discovery, the team carefully worked to detangle the species (a loggerhead) from the blue rope which had previously caused the animal significant damage. “(They saw) significant chaffing from the lines on his next and flippers”, reported US Coast Guard Mark Krebs, who was involved in the patrol.

As well as seizing 1800lbs of cocaine, the team worked hard to recover over 75-feet of line in the hopes of preventing further entanglement of marine life. 14 pounds of marijuana were also found during the patrol, and 24 smugglers were arrested.

It is unclear how exactly the loggerhead had managed to become entangled amongst the drug bales, though it is unlikely that the drugs were intentionally attached to the animal. It is thought that the sea turtle’s entrapment was accidental, but such a major find demonstrates the disturbing nonchalance of humans in relation to the ocean and its inhabitants.

Gorilla Abandons Troop In Hopes Of Protecting Its Young – A Wildlife First? 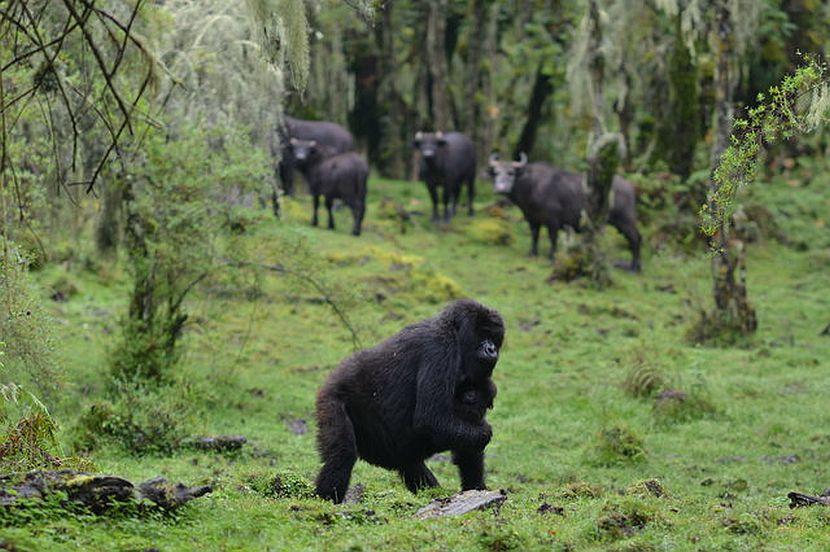 Over in Rwanda’s Virunga Mountains, a 26-year-old female gorilla has displayed behaviours deemed to be rare, at the very least – at most, her remarkable choices may be an observed first.

The gorilla, named Pasika, gave birth to a young gorilla back in March. At the time of baby Mashami’s birth, the gorillas belonged to a secure troop of silverbacks, but all of this changed in May when their male leader suddenly passed away.

When the male leader of a troop passes away, it is typical for one of two things to happen: either another suitable silverback steps up to become the leader; or, if no suitable male comes toward, the remainder of the troop will split off to join new groups. In the latter event, it is not uncommon for young gorillas to be killed by new leaders in a display of dominance. This, seemingly, is in the better interest of troops: rather than being left alone, the death of a younger member is deemed somewhat necessary.

It is how Pasika dealt with the death of her troops’ patriarch which makes this story so interesting. Rather than following the other members of her ‘family’, Pasika made the choice to go it alone – just her and her young child, braving the wild alone. This display of empathy shows the determination of a female gorilla, highlighting the intelligence and adaptability of Pasika in particular.

While there are concerns for the safety of this small family, researchers in the area have taken to referring to Pasika as ‘Wonder Woman’ and have observed the pair coping well on their own. “There is still so much to learn about one of our closest living relatives,” Dr. Tara Stoinski, president and CEO and chief scientific officer of the DFGF, said. “Pasika has shown us that these feats of bravery are not limited to our own species. And it also reinforces what we all know to be true for us humans — that there’s nothing quite as powerful in this world as a mother’s love for her child.” 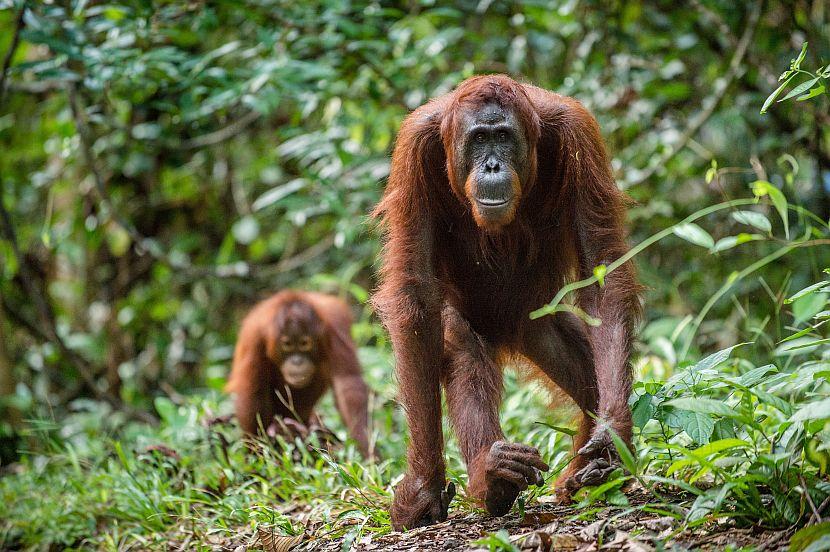 Keeping in with the theme of Great Apes, we now look towards Borneo: the home of orangutans. In yet another scientific breakthrough, scientists seem to have discovered the reason why our orange cousins are often found chewing on a certain kind of leaves…

According to the team in this article shared on Nature.com, the orangutans’ affinity for the bitter Dracaena cantleyi plant is not necessarily due to a fancy for its flavour; rather, the orangutans choose to chew the leaves only to release an anti-inflammatory agent before spitting the rest of the leaves out!

After chomping on the leaves for a while, the orangutans are left with a foamy kind of paste which they then rub onto their arms. This behaviour has been noted amongst both genders of orangutan, but more commonly in the habits of females with young children, leading researchers to determine that the orangs are attempting to soothe aches caused by the carrying of their young.

Interesting, local people in the region have long-since utilised the Dracaena cantleyi plant for the same reasons: to process it into medicine, and using these medicines as pain-relieving salves. Yet more evidence that orangutans are a fantastically intelligent species!

Rare Species Of Penguin On Brink Of Extinction 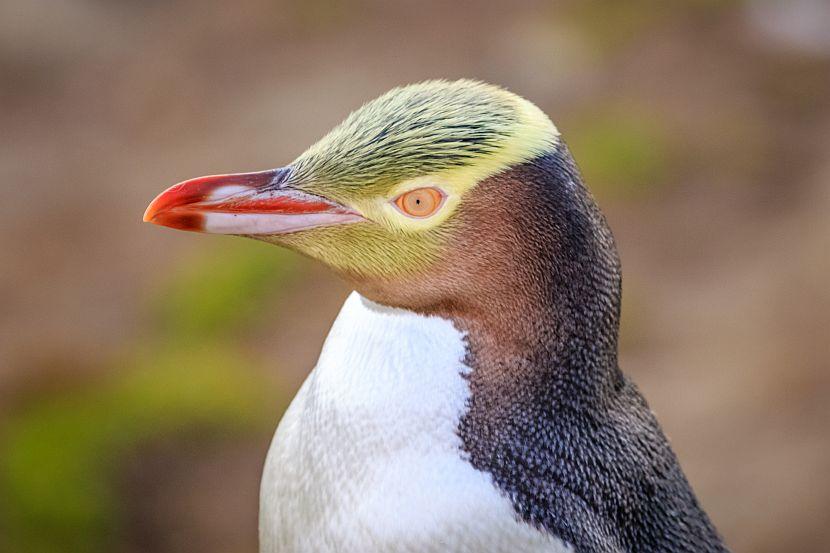 Over to New Zealand now: Codfish Island, to be exact, which is home to a number of rare and unusual animal species.

But despite being a sanctuary island for a scarce and striking species of yellow-eyed penguin, conservationists have been shocked to discover that almost half of the island’s penguin population has disappeared. According to experts, the decline of the species is due to human interference.

With less than 2000 breeding pairs remaining on Codfish Island, the endangered birds are becoming increasingly caught up in the nets of commercial fishing operations whilst foraging for food. The nets themselves are transparent, making it difficult for the penguins and other species to recognise their presence. As a result, the birds are drowning.

Also known as ‘hoiho’, the yellow-eyed penguins are but one of thirteen species of penguin threatened by the use of fishing nets – there are only eighteen species of penguin overall, making this data all the more concerning. “Unlike previous years where disease and high temperatures caused deaths on land, this year birds have disappeared at sea,” Kevin Hague, chief executive for New Zealand’s Forest & Bird department, told The Guardian. “There is an active set net fishery within the penguins’ foraging ground, and the indications are that nearly half the population has been drowned in one or more of these nets.”

Only 14 penguin nests were found on Codfish Island in 2017, compared to 24 nests found in 2016. The populations of yellow-eyed penguins are also at their most fragile, with numbers plummeting to their lowest in 27 years. More must be done to protect our endangered animal species, and re-examining the use of fishing tactics is just the tip of the conservation iceberg.

The final news story in today’s report is arguably the most damning of all; at the very least, the footage you are about to see is devastating. But as upsetting as the video of an emaciated animal may be, its prevalence on social media is a much-needed rallying call to society; a desperate plea for our communities to change our ways. Warning: the following footage is incredibly upsetting.

In a video captured by conservation group Sea Legacy during an expedition, a skeletal polar bear struggles to stand as it scrounges for any scraps of food on a scarce, iceless terrain. While ‘Planet Earth’, ‘Blue Planet’ and other such shows do demonstrate the severity of global warming, pollution, and other (largely man-man) calamities, work carried out on the cutting-room floor at least offers a little redemption for the viewer and the struggling animals on screen: antelope narrowly escape the clutch of their predators; cute birds manage to evade ‘villainous’ sharks; newly-hatched turtles are returned back to the ocean by kindly camera-men. But the video of the polar bear is unlike any other. The viewer plays witness to a species demise. And we must take accountability for our actions.

That the polar bear in the above footage even tries to forage in an old trash can left behind by Inuit fisherman (indeed, to no avail), is simply tragic. This is a creature to whom food would once have been abundant; a mighty specimen, reduced to a forlorn, waifish figure. The bear’s starvation is a result of our own environmental negligence.

Further information regarding this harrowing footage can be found on The Guardian, though the video of the bear alone should encourage any viewer to re-examine their own actions and to fight against the severity of global warming. Climate change is an ever-looming threat to our planet, and without a concerted, global effort to combat it, all species on earth (including humans) will face the same brutal reality as shown here today.