Have you ever wanted to work with sloths? Then look no further, as here at The Great Projects we can provide you with the opportunity to do just that!

Thanks to their slow nature, sloths have become an iconic species, beloved by many worldwide and becoming the focal point of online jokes, various types of merchandise such as teacups and t-shirts and so much more. However, with this attention came the notion of wildlife selfies, along with the urge to keep sloths as pets, and so the animals fell victim to the illegal wildlife trade.

The rainforests of The Americas which the sloths call home are being destroyed at an alarming rate for palm oil plantations, settlements and logging. This leaves the sloth vulnerable to predators in the jungle, as well as providing poachers with easy access to seize the animals to be sold into the wildlife trade.

Sloths need your help if they stand a chance of having a future for generations to come, so take a look at our sloth projects today, and you could be working with sloths in no time! 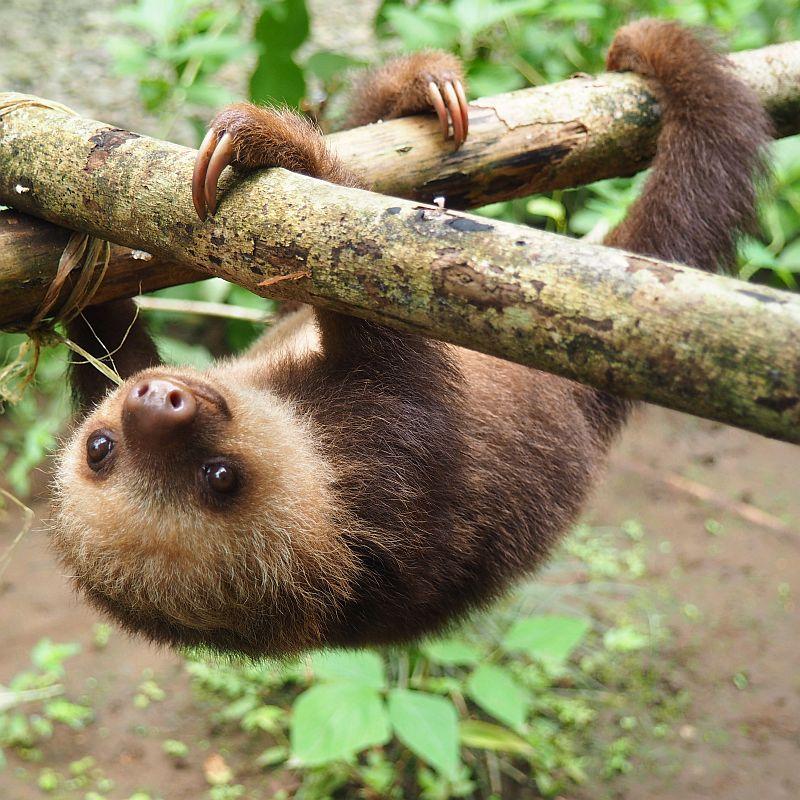 Volunteer with some incredible wildlife in the stunning tropical rainforests of Costa Rica!

Sloths At A Glance

How Endangered Are Sloths?

There are two different types of sloth and within them, six different subspecies. The pygmy sloth is critically endangered, with the maned sloth classed as vulnerable. The remaining species are listed as of least concern, however with the pressures they continue to face, it is likely this could change unless action is taken. Pygmy sloth numbers are thought to be as low as 100 and this is an indication of what could happen to the other species if action is not taken now. By working with sloths, you can make a lasting impact on their conservation.