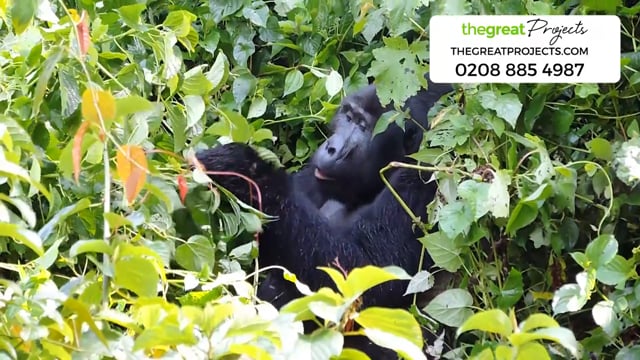 You can have the unique experience of a gorilla tour in the stunning country of Uganda by volunteering with The Great Projects. On our exclusive gorilla project, you can trek through Uganda’s lush jungle on a fascinating guided gorilla tour where you will witness the stunning great apes in their natural habitat.

Gorilla conservation tours enable tourists to have the pleasure of witnessing troops of mountain gorillas in a responsible manner, and as part of your trip, you will help to educate the local community on how they can help preserve these primates too. Habitat loss and human-animal conflict are just some of the daily pressures that gorillas face, and by taking part in an eco-friendly gorilla trekking tour, you will contribute to the efforts which are actively trying to reduce this.

During your trip, your guide will impart a great deal of knowledge to you about these phenomenal creatures, as well as the various plant species which can be found within gorilla habitat. This excellent gorilla tour cannot be replicated anywhere else in the world! Take the trip of a lifetime and experience vast African landscapes like nothing you’ve ever seen before. Take part in a gorilla tour! 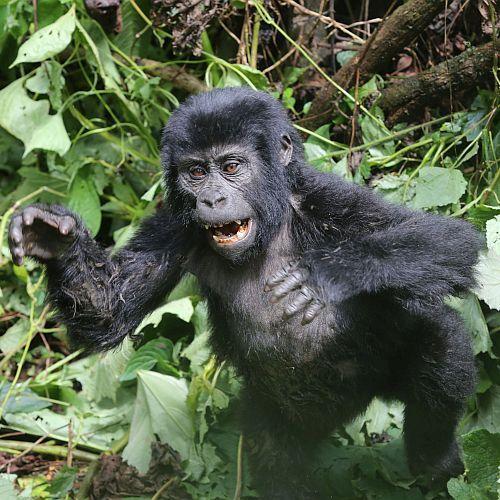 Gorillas At A Glance

How Endangered Are Gorillas

It is estimated that there are around just 880 Mountain gorillas alive today, which is a slight improvement from numbers of around 620 individuals in 1989.

Exact populations of both the Eastern and Western lowland gorillas are unknown as violence and civil unrest in areas has made calculating accurate populations impossible. However, scientists have estimated that there has been a seriously worrying decline of roughly 50% in the population of these species since the mid-1990s.

Taking part in a gorilla tour will contribute to efforts which are trying to aid gorilla conservation, which, from the evidence stated above, are desperately needed. Responsible gorilla tours aid the protection of gorilla habitat, and with us, you can help the community find sustainable ways to live within it too.

Gorillas are faced with many threats on a daily basis that place their future in jeopardy. Many are the result of human interference, and some of these include: